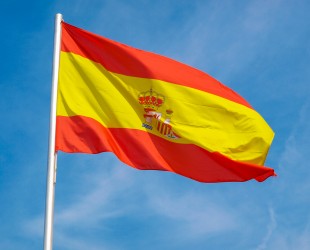 Spanish funding has been repeatedly granted to NGOs that have ties to terrorist organizations, promote antisemitism, and/or incite violence – amounting to over €5.1 million in 2015 alone.

Public funding from Spain to politicized NGOs involved in the Arab-Israeli conflict is widespread and highly decentralized, due to funding from several levels of government in Spain. Funds are managed and allocated by the central government, autonomous communities, provincial deputations, municipalities, and bar associations – and reflects deep political fissures and regional radicalization.

In May 2016, the Basque Agency for Development Cooperation (AVCD) signed an agreement with the Palestinian NGO Addameer to “help Palestinian prisoners,” granting the organization €199,988. Addameer is an official “affiliate” of the Popular Front for the Liberation of Palestine (PFLP). Addameer’s vice chairperson is Khalida Jarrar, a senior official of the PFLP. Jarrar was indicted in April 2015 for various offenses, including active membership in a terrorist organization (PFLP) and inciting to violence through a call to kidnap Israeli soldiers.

Spanish NGO Paz con Dignidad (PcD) received €607,287 in public funding in 2015, designated for activities related to the Arab-Israeli conflict. Invoking classic antisemitic themes, PcD coordinator Amparo Pernichi claimed in March 2016 that Lord Balfour “asked the Israelis (sic) that lived throughout the world and that had a lot of money, the richest ones, to help settle the people of Zion in that territory. [This was one of] two historical events [that] paved the way for the genocide that happened later” (emphases added). As a City Council Member, Pernichi tried to promote a boycott resolution against Israel on behalf of the municipality of Cordoba. As part of this initiative, Pernichi also called to “rethink” events organized by the city council that were unrelated to Israel, solely because of their Jewishness, such as the festival for Sephardic music.

Catalan NGO Novact invited Palestinian NGO activists Munther Amira and Manal Tamimi to a conference on “preventing violent extremism,” funded by the provincial deputation and the municipality of Barcelona, the Catalan Agency for Development Cooperation (ACCD), and the European Union (EU). Tamimi frequently utilizes virulently antisemitic rhetoric and imagery on social media. Amira described a violent demonstration as part of a “struggle against the Nazi occupation.”

Finally, the Andalucía Agency for International Development Cooperation (AACID) held a BDS event “against Israeli apartheid” together with the Andalusian NGO Al-Quds Association in 2014, featuring Raji Sourani of Palestinian Center for Human Rights (PCHR) and Sergio Yahni of Alternative Information Center (AIC) – two organizations that have endorsed “resistance” and have alleged ties to the PFLP. AACID’s participation in a radical and discriminatory political activity grossly diverges from its declared mandate to contribute “to the eradication of poverty and to the consolidation of processes aimed at ensuring sustainable human development,” and attests to the severe politicization of Spanish development aid.