NGO Monitor has obtained an official document from the British embassy in Tel Aviv, detailing a meeting with Peace Now activists in 1982. The document sheds light on how the UK government (which will eventually fund Peace Now) perceives the role of the NGO in Israeli society, and on the potential detrimental impact of foreign government funding for an Israeli movement.

This document comes in addition to a leaked EU document from 1999, revealing grants to the “Four Mothers” movement (250,000 Euros) and to Peace Now (400,000). The objectives of EU funding for Peace Now in the context of the 1999 general elections included “outreach” to immigrants from the former Soviet Union, “groups that traditionally have anti-peace views and vote Likud.”

“I think we need a little more time to consider whether there is anything we can do to nourish “Peace Now”….British funds would probably act like a weed-killer; but sponsored visits (perhaps by members of the Knesset who support the movement) could be a possibility”

Summary of conversation with Gary Brenner (Member of Mapam and Kibutz Movement): 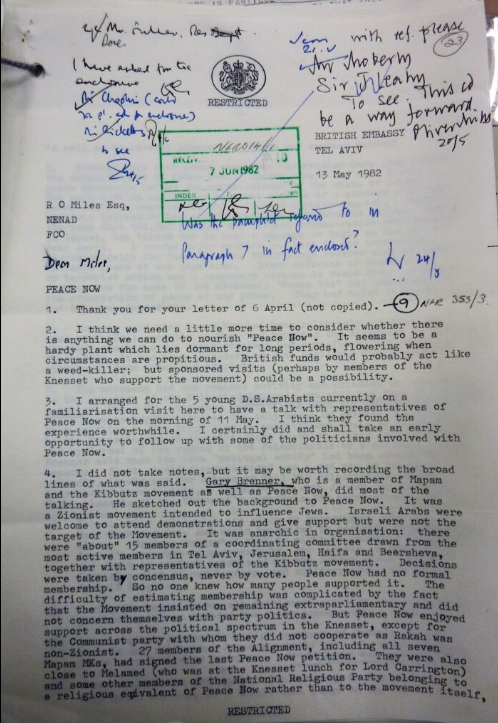 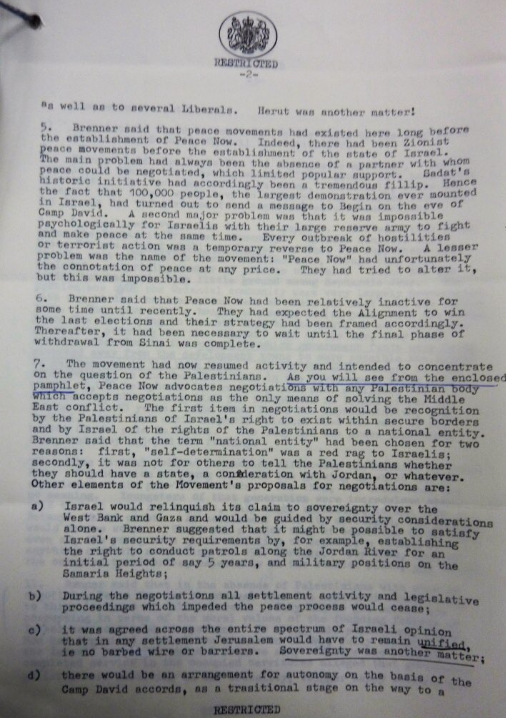 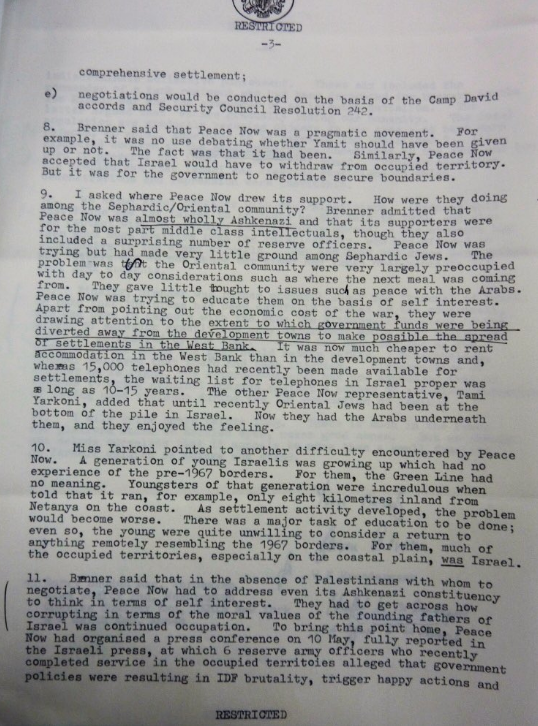 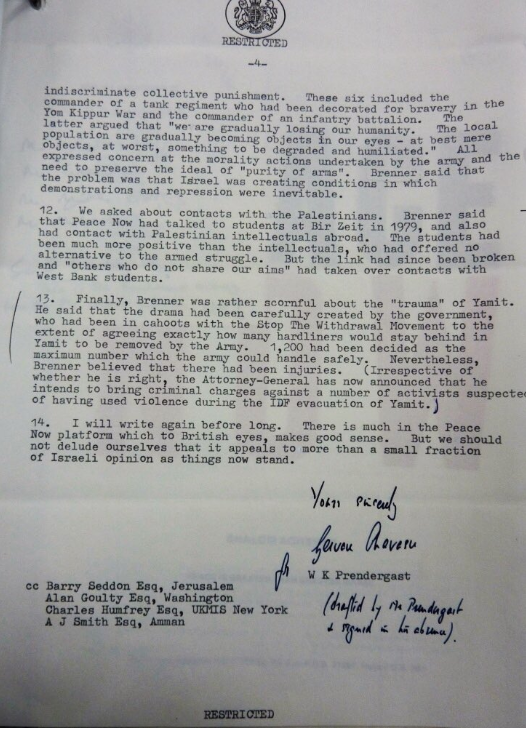