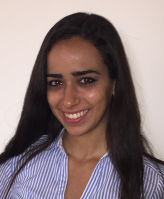 Odelya worked at the Center for Political Research of the Israeli  Ministry of Foreign Affairs for seven years, first in a National Service (Sherut Leumi) position and than as research assistant specializing in Middle East relations. Odelya earned a BA in Middle East and International Politics Studies at the Hebrew University of Jerusalem, where she also obtained an MA in International Affairs.
Odelya also worked as a media analyst in the Prime Minister’s Office and interned for three months at the Israeli Mission to the UN in New York.
Odelya has been active in many international peacebuilding  programs, bringing together diverse representatives from different conflict zones.