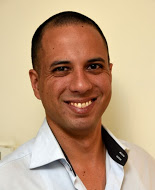 The European Union’s supreme court, which now requires all 28 member states to label Israeli products manufactured in Judea and Samaria, yet again bared its peculiar list of priorities in the areas of human rights and international law for all the world to see.

The Europeans and the organizations they fund have never labeled products from any of the world’s other disputed areas, such as northern Cyprus, Western Sahara and dozens others, while EU member states even transfer money to and invest in these places. Every inquiry into other conflicts, unlike the Arab-Israeli conflict, has ended in the rejection of the idea to mark certain products.

This is because the European Court of Justice has direct links to the boycott, divestment and sanctions movement against Israel. This is more than a “classification” – all boycotts begin by singling out those designated to be ostracized. Proof of this can be found in the series of measures that have been implemented by EU-funded organizations, which have always argued that marking goods is merely the start of an evolving boycott campaign – with clear and intended ramifications for the Israeli economy inside the Green Line.

A study conducted by Israeli group NGO monitor points to a broad coalition of rights groups working to carry out an ideology of boycotting through product labeling. As early as 2012, for example, the Interchurch Organization for Development Cooperation asked for EU funding to “precisely mark settlement products as a first step,” and suggested intensifying the sanctions until “the complete prohibition of settlement imports… and the prohibition of money transfers to settlements and related activities.” The code-speak “related activities,” incidentally, also includes Israeli and international business initiatives that have nothing to do with the settlements.