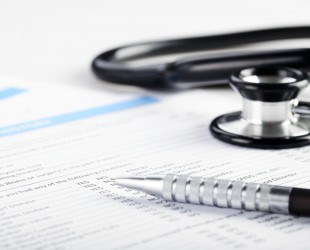 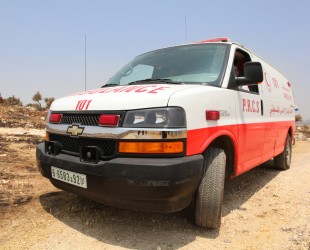 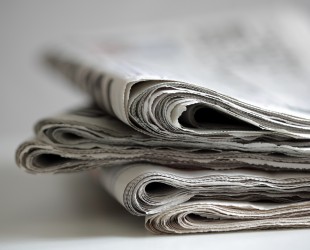 The Role of Political NGOs in the World Health Assembly’s Condemnation of Israel, NGO Monitor, June 28, 2016

Delegates of the 69th World Health Assembly adopted a decision condemning Israel, based off of propaganda and information from biased government and NGO sources. These claims are unfounded and unverifiable, repeated as a result of the “halo effect” surrounding groups with claimed human rights agendas.

The World Health Organization’s “field assessment” report on the state of health in Gaza is rife with factual errors based on data provided by unreliable, politicized NGOs and makes false legal claims on key issues.

The incendiary claim that Israel has deliberately damaged the health of the Palestinians of the West Bank and Gaza Strip is not evidence-based, argues Dr. David Stone. In fact, the opposite is true: the health of the Palestinians has improved steadily since 1967. Stone maps a cluster of changes – in demography, crude death rates, life expectancy, infant mortality, as well as maternal, perinatal, under-five mortality, immunisation coverage, nutrition and infant growth patterns, primary and secondary health care, and the Israeli influence on ‘the causes of the causes’ of ill health (housing, water, education, employment) – to show that Israeli policies have brought about measurable improvements in Palestinian health and welfare. (The report first appeared in Fathom Journal.)

As part of the “Durban Strategy,” which was formulated at the 2001 UN Durban Conference and which seeks to isolate Israel, several medical NGOs accuse Israel of “human rights violations,” alleging that Israel denies Palestinians’ access to medical care, violates their right to health, and is responsible for poor health markers among the Palestinian population. These groups use their humanitarian work as an opportunity to take partisan positions against Israel, using medical jargon and their reputations as medical experts to advocate on issues far removed from medicine in order to support Palestinian political goals.

As part of the “Durban Strategy,” which was formulated at the 2001 UN Durban Conference and which seeks to isolate Israel, several medical NGOs accuse Israel of “human rights violations,” alleging that Israel denies Palestinians’ access to medical care, violates their right to health, and is responsible for poor health markers among the Palestinian population. These groups use their humanitarian work as an opportunity to take partisan positions against Israel, using medical jargon and their reputations as medical experts to advocate on issues far removed from medicine in order to support Palestinian political goals.

Political advocacy NGOs that claim a medical mandate, as well as affiliated individuals, have been active in publicly and falsely condemning Israel’s self-defense measures in Gaza during July 2014.

These NGOs and activists: 1) demonize Israel and use hate speech under the guise of medical expertise and scientific fact; 2) deny Israel’s obligation to defend its citizens; 3) present political analysis, legal declarations, and speculations regarding Israel’s military operations and weaponry, far beyond the scope of any medical expertise they might possess; and 4) promote distorted and false narratives.

MAP promotes a polarizing anti-Israel narrative under the guise of medical expertise and facts. MAP lobbies policy makers and legislators in Britain, the European Union and other international institutions to sanction Israel.Furthermore, antisemitic statements have been made at MAP events and are also evident on MAP’s website. Indeed, during the 2014 Gaza war, MAP founder Swee Ang promoted an antisemitic video made by American white supremacist David Duke. At a 2013 MAP event, Sir Iain Chalmers complained how “Zionists” have “control in so many different domains.”

A “medical experts’ independent fact-finding mission” is the first link in a chain of NGO activities meant to indict Israel. The mission’s credibility is null, and the results have been established in advance. Israeli authorities should investigate the identities of doctors, experts, and other activists requesting permits to enter Gaza and should not facilitate investigations by biased and unreliable NGOs. (See Preliminary Critique of PHR-I’s “Independent Medical Fact-Finding Mission”, NGO Monitor Report, January 21, 2015)

Analysis of the “Hands off The Lancet” Statement, NGO Monitor analysis, May 3, 2015

Hands off the Lancet repeats claims published by Physicians for Human Rights- Israel (PHR-I), Amnesty International, HRW and B’Tselem.  NGO Monitor research clearly demonstrates that these organizations maintain a strong anti-Israel bias and their reports are rife with inaccuracies and problematic methodology.

By refusing to seriously address the politicization of the journal and the antisemitism of some of its authors, Horton and The Lancet have demonized Israel, the Israeli medical community, and the Jewish people.

The Lancet as a Political Platform for NGOs: Study of Articles on Palestinian and Israeli Health Care 2001-2014, NGO Monitor Report, January 15, 2015

This NGO Monitor study focuses on The Lancet medical journal and its treatment of Palestinian public health and related issues in 2001-2014, and the comparison of the scientific and political emphasis in different frameworks… As a scientific medical journal, The Lancet is in a unique position to play a constructive and positive role in not only improving the healthcare of Palestinians in the West Bank and Gaza, but also contributing to the prospects of peace by building bridges between the Israeli and Palestinian medical communities. In contrast, by taking a highly politicized course in the Israeli-Palestinian conflict, The Lancet has ostracized, and to a large extent, demonized Israel and the Israeli medical community.

As NGO Monitor has repeatedly stated, Horton and the publisher, Elsevier, have a moral and professional obligation to also acknowledge their central role in the tendentious activities of the politicized Lancet-Palestinian Health Alliance. This framework gives a central role to Medical Aid for Palestinians (MAP), an NGO co-founded by Swee Ang, one of the promoters of the antisemitic Duke video and a co-author of the Gaza letter.

Prof. Horton at Rambam Hospital: “I deeply, deeply regret the completely unnecessary polarization that publication of the letter by Paola Manduca caused.”

“The trip will not provide Horton immunity from the justifiable moral outrage of Israelis, the Jewish community, and medical professionals,” said Yitzhak Santis, Chief Programs Officer at NGO Monitor.  “Nor will it absolve Horton of his responsibility to correct his politicized, non-scientific editorial distortions.  If he cannot do so, he should resign,” Santis said.

Two of the main authors of An Open Letter for the People of Gaza (July 23, 2014), which appeared in The Lancet medical journal in July 2014, promoted a video made by American white supremacist David Duke.

The Lancet: A History of Exploiting Medicine for Political Warfare Against Israel, NGO Monitor factsheet, August 17, 2014

NGO Monitor’s research demonstrates that, under Horton’s editorship, The Lancet has become a platform for intense political propaganda, particularly targeting Israel. It frequently exploits its academic authority and prestige, providing a scientific veneer to politicized NGO claims, stripping away the context. Often, these articles contain egregious factual errors and legal distortions unconnected to medicine and science. Click here for Responses to The Lancet’s “Open Letter for the People of Gaza”