Many NGOs that claim to promote human rights and humanitarian agendas use antisemitic themes and imagery to demonize the Jewish people and state of Israel. 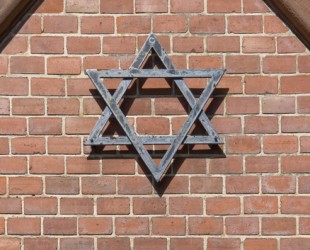 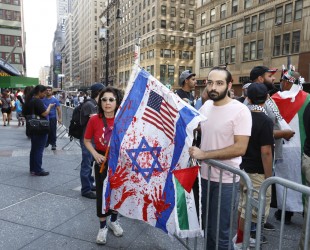 Today, BDS has become a form of “new” antisemitism. British lawyer Anthony Julius observes that this new antisemitism “became hegemonic in the 1990s and 2000s…It is to be distinguished from the ‘old antisemitism’ because it takes Israel and the Zionist project as its collective term for the Jews.” Nevertheless, it is “continuous with the ‘old antisemitism’ in its principal stratagems and tropes, while novel in its specific focus upon the Jewish State – uniquely evil and without the right to exist.”

This new antisemitism is becoming more and more prevalent in Europe, with music festivals excluding Jewish artists under the façade of BDS, and European supermarkets singling-out Israeli companies, while gladly stocking products from countries responsible for mass atrocities. These antisemitic actions are met with silence by European officials: Despite their claims to reject BDS, European governments continue to fund NGOs and institutions that promote BDS and antisemitism.

The governments of Denmark, Switzerland, Sweden, and the Netherlands, via the Human Rights and International Humanitarian Law Secretariat (“IHL Secretariat”), are major funders of BDS organizations and groups promoting antisemitism. Through this framework, these governments are funneling over $13 million (2013-2016) to radical Israeli and Palestinian NGOs. Badil, a rabidly anti-Israel NGO has been awarded $251,000 in core funding for 2014-16 from the IHL Secretariat. Badil has posted virulently antisemitic images on its website, as well as images advocating for the elimination of Israel. Another funding recipient, Miftah, received $330,000 for 2014-16 from the IHL Secretariat. Miftah published an article in March 2013 repeating the antisemitic blood libel that Jews use Christian blood to bake Passover matzah. Miftah eventually removed the article after significant public criticism.

Weak justifications by European Union and other officials that NGO projects are unrelated to a grantee’s wider agenda and expressions of antisemitism belie government funders’ full responsibility for the activities of their grantees. Moreover, there is no doubt that if these groups had engaged in anti-Muslim, anti-black, or LGBT discrimination, they would not receive funding from these governments. Yet, antisemitic activity does not serve as a bar to funding.

The harmful effects of this government support for NGOs are sustained by the secrecy that governs funding processes and shields NGO funding from public scrutiny. This lack of transparency is manifest in government websites and databases that do not provide basic information (i.e. amounts, project descriptions) on NGO grants, the refusal of funding agencies to release documentation on evaluations and decision making, and the refusal of government officials and diplomats responsible for allocating funds to NGOs to respond substantively to inquiries.