The Union of Palestinian Women’s Committees (UPWC) is identified by Fatah as an official “affiliate” and by USAID as the “women’s organization” of the Popular Front for the Liberation of Palestine (PFLP), a designated terrorist organization by the US, EU, Canada, and Israel. UPWC is also active in supporting BDS campaigns and utilizing inflammatory rhetoric. For more information on UPWC’s PFLP ties, read NGO Monitor’s report “The Union of Palestinian Women Committees Society’s Ties to the PFLP Terror Group.”

UPWC’s Ties to the PFLP

UPWC Staff Members with Ties to the PFLP 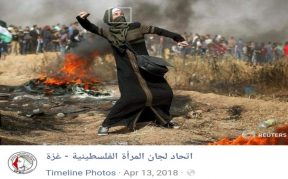 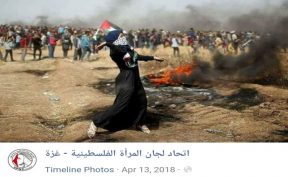 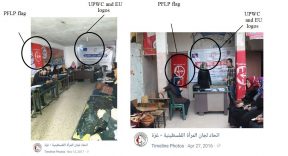 The PFLP terror group logo is seen next to the EU and UPWC logos at a workshop to support female participation in elections. 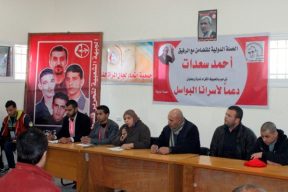 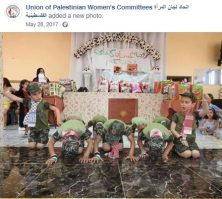 Pictures of the festivities marking the end of the 2017 Ghassan Kanafani project. The pictures are published on UPWC’s Facebook account and feature children wearing uniforms or T-shirts of Kanafani. One child is seen lying down on the floor with a gun. Others are dancing around with knives. One picture also presents children holding a poster of what appears to be PFLP prisoners. (Source: Union of Palestinian Women’s Committees, Facebook, May 29, 2017) 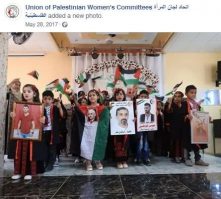 UPWC is identified by Fatah as a PFLP “affiliate” and by a USAID-engaged audit as the “PFLP’s women’s organization.” Numerous UPWC staff members have ties to the PFLP terror group.

An analysis of NGO ties to the PFLP, a designated terrorist organization, and the European funding to these NGOs.

All Articles about Union of Palestinian Women’s Committees (UPWC)