As the distinguished President of the European Parliament, we wish to bring to your attention a highly disturbing event, “The Role of Women in the Palestinian Popular Struggle,” scheduled to take place this evening (September 26, 2017) in the European Parliament in Brussels. The event is organized by MEPs from the European United Left/Nordic Green Left (GUE/NGL) group and Unadikum – International Solidarity Association.

Scheduled speakers include Leila Khaled, whose affiliation is listed as the Popular Front for the Liberation of Palestine, and Sahar Francis, director of a Palestinian NGO known as “Addameer” (see below for poster advertising the event).

The Popular Front for the Liberation of Palestine (PFLP) is a terror organization, responsible for hijackings, suicide bombings, and assassinations. It is designated as such by the EU (including in the latest Council update dated August 4, 2017), as well as by the United States, Canada, and Israel, among others. We note the following connections between the event’s speakers/organizers and the PFLP terror organization:

It is outrageous that the European Parliament is giving a platform to a terrorist and her organization, and that these affiliations are being openly advertised. NGO Monitor strongly condemns any parliament group hosting internationally recognized terrorists as well as civil society organizations (CSOs) with ties to terror organizations.

This event is part of a pattern of European governmental endorsement of (and in some cases funding to) CSOs that legitimize violent attacks against civilians and incite violence. As shown in our research, these groups propagate historical distortions and omissions, but more dangerously manipulate the terminology of human rights and international law in order to justify violence against civilians by using terms like “popular resistance” and “popular struggle.” The messages propagated by these organizations resonate in a global context of rising populism that rewards extremism, fear-mongering and incitement.

We call for the elected leadership of the European Parliament to look into the details surrounding this event, and investigate whether the funds used to arrange the conference violate EU regulations (including relevant counter-terror measures such as Council Regulation 2580/2001).

NGO Monitor is a Jerusalem-based research institute, which provides detailed information and analysis, promotes accountability, and supports discussion on the reports and activities of political NGOs claiming to advance human rights and humanitarian agendas. 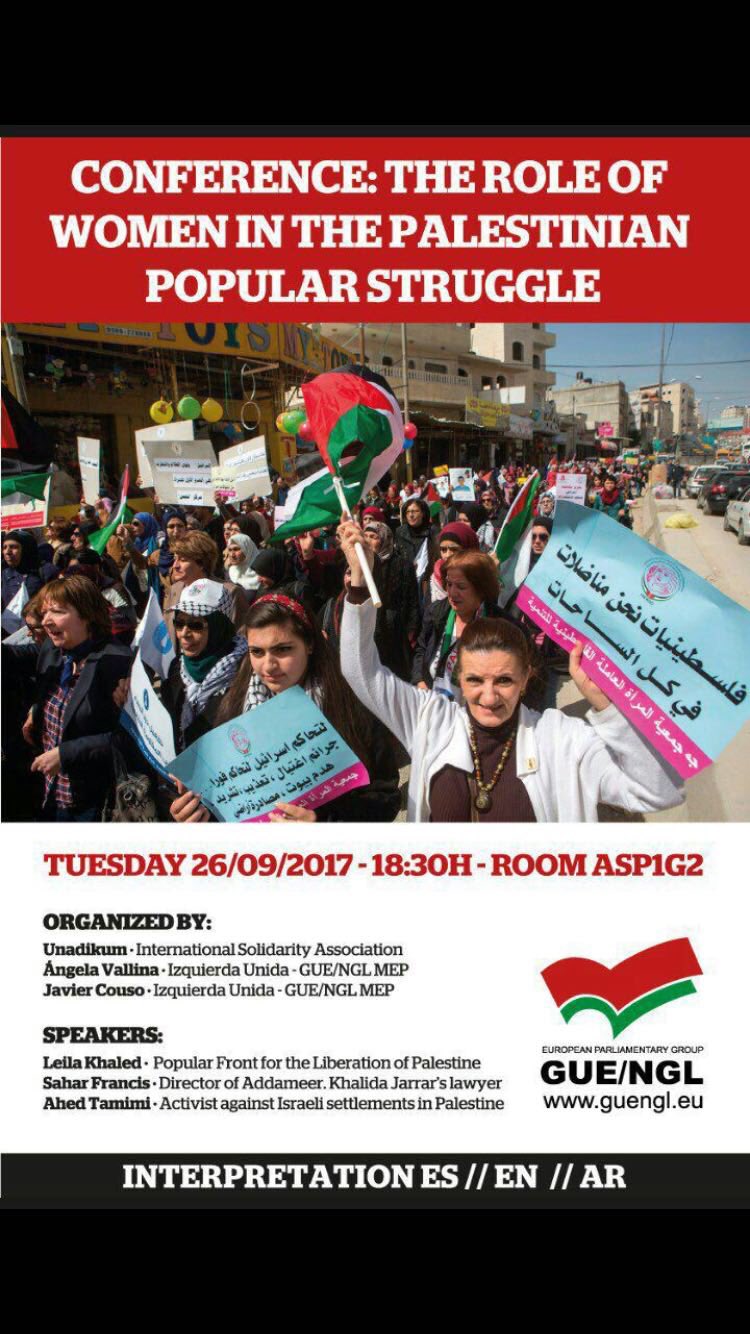