Funding to NGOs (amounts in $US, unless noted)

All grant information was taken from the Grant Database on Open Society Foundation’s website. Grants in New Israeli Shekels (NIS) were taken from annual reports submitted to the Israeli Registrar of Non-Profits. 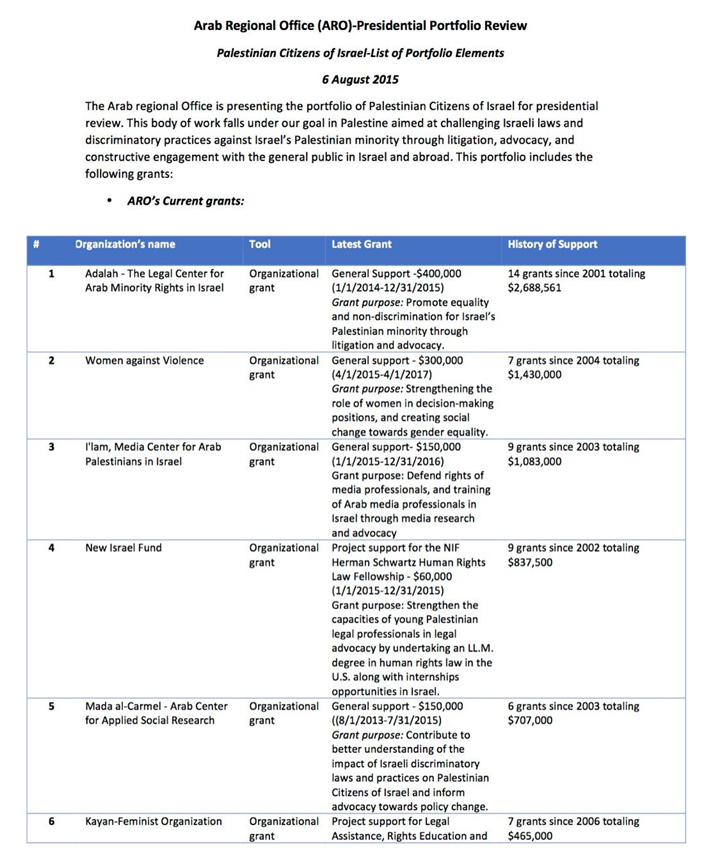 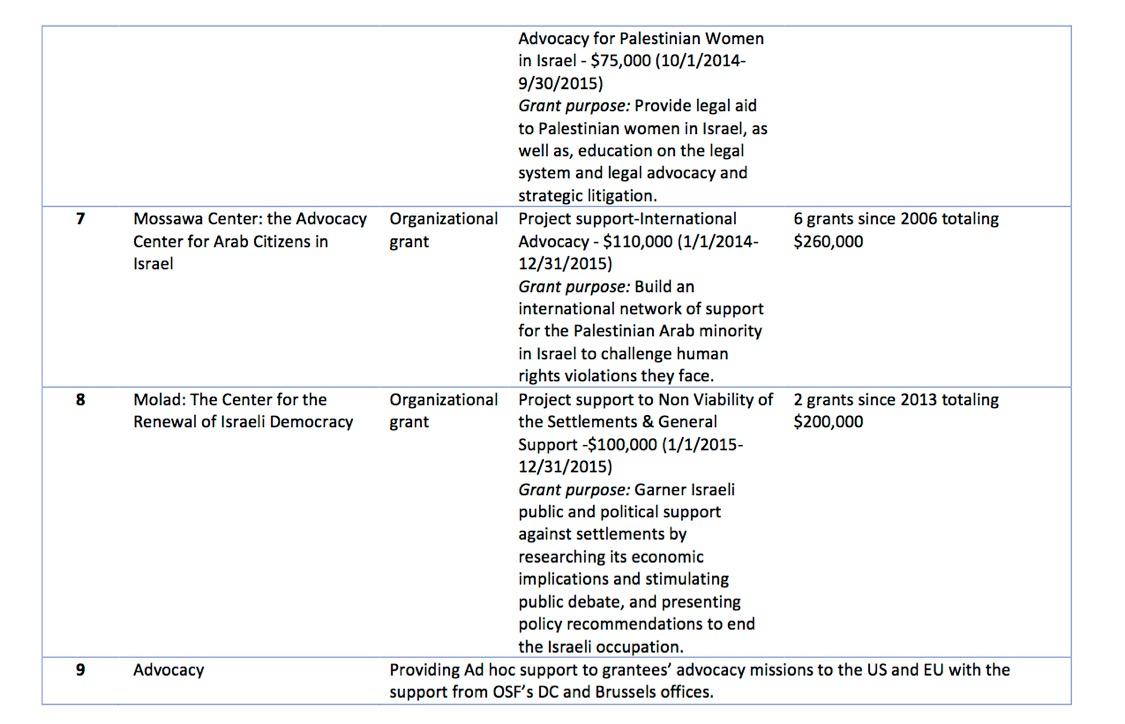 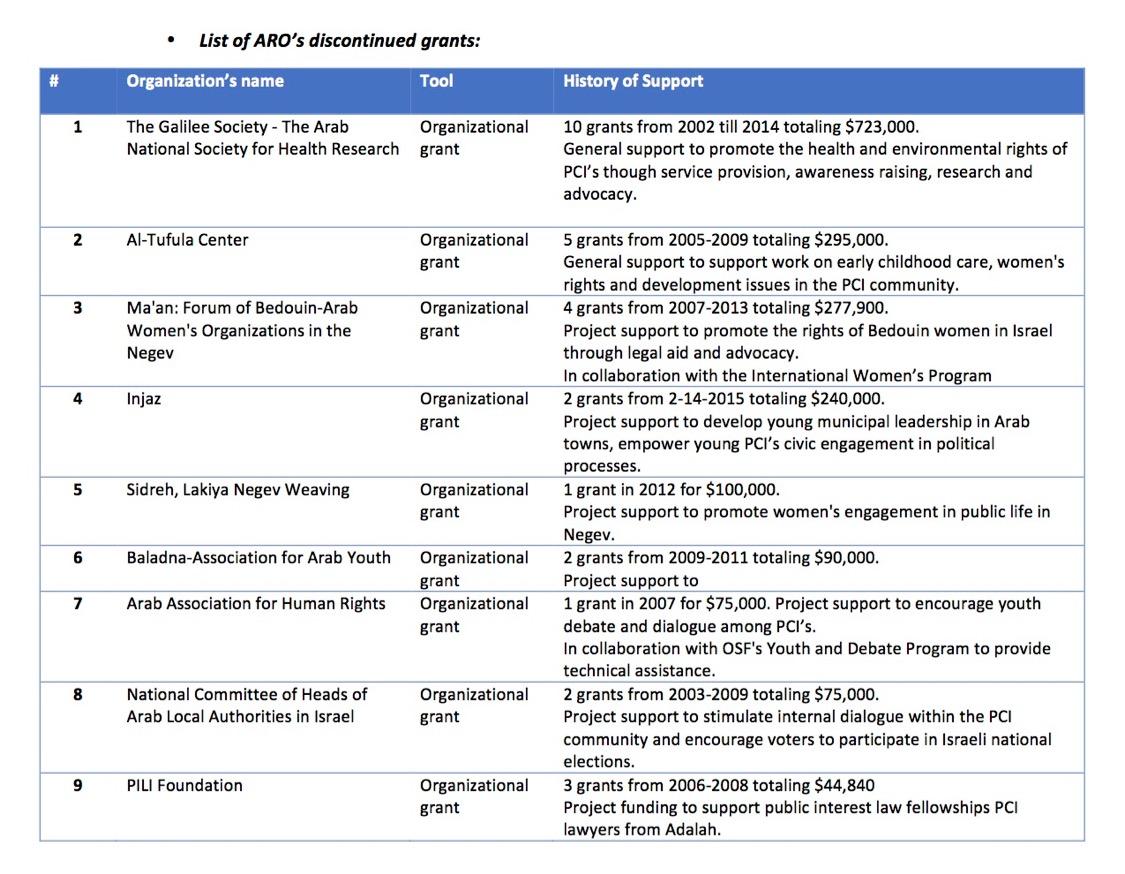