Skip to content
NGO Monitor > About > Boards > Legal Advisory Board 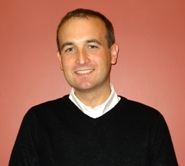 Dr. Robert P. Barnidge, Jr., is an Associate Professor, Assistant Dean (Continuing and Executive Education), and Executive Director, Centre for International Legal Studies, at OP Jindal Global University in India. His doctoral research explored issues related to non-State actors, State responsibility, and the due diligence principle within the context of the fight against terrorism and was published in revised form as: Non-State Actors and Terrorism: Applying the Law of State Responsibility and the Due Diligence Principle (Asser 2008). Prior to arriving at Jindal, Dr. Barnidge was a Lecturer in the School of Law at the University of Reading (2007-12), where he taught public international law-related modules on the LLB and LLM programs and supervised LLB, LLM, and PhD dissertations. He has been a visiting lecturer at the Interdisciplinary Center Herzliya, Uppsala University, Koç University, and The Hague University and has been awarded academic fellowships from Brandeis University, the Society of Legal Scholars, and the Foundation for Defense of Democracies. Dr. Barnidge has a particular interest in the Arab-Israeli conflict, international humanitarian law, the law of State responsibility, and issues related to international law and terrorism. In addition to his academic publications, Dr. Barnidge has published expert opinion pieces in The Hindu, Wall Street Journal, Jerusalem Post, Chicago Tribune, Politico, Jyllands-Posten, and Washington Times and has been interviewed by CTV (Toronto), BBC Radio (Berkshire and London), Voice of Russia (Washington, DC, and London), and Dawn News (Islamabad).

He recently acted as the Principal Investigator for a British Academy UK-South Asia Partnership grant that studied “India, the 123 Agreement, and Nuclear Energy: Issues of International Law” as part of a team of legal scholars at Reading and the Tamil Nadu Dr. Ambedkar Law University, Chennai, and was a Co-Investigator for a Leverhulme Trust grant that studied “The Liberal Way of War” as part of an interdisciplinary team at Reading. He is currently editing a dozen chapters that arose from an interdisciplinary workshop that he co-hosted in Reading in October 2011; Ashgate will be publishing this edited volume in September 2013 as: The Liberal Way of War: Legal Perspectives. Dr. Barnidge sits on the Legal Advisory Board of NGO Monitor and the Editorial Board of the Journal of the Middle East and Africa. He has been an adjunct fellow at the Foundation for Defense of Democracies.