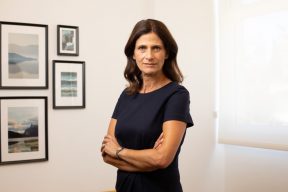 Michal Cotler-Wunsh was a Member of the Knesset for the Blue and White party. She served as Chair of the Special Committee on Drug and Alcohol Use, and was a member of the Foreign Affairs and Security, Law, Children’s Rights, Women’s Rights, and Immigration and Integration Committees. Michal was born in Israel and grew up in Canada. She received her LL.B. from the Hebrew University of Jerusalem and her LL.M. from McGill University in Montreal, Canada. She is a PhD candidate in the Human Rights under Pressure – Ethics, Law and Politics program at the Hebrew University of Jerusalem and the Freie Universität of Berlin, researching freedom of speech, civil liberties, democratic theories, and multiculturalism.

Prior to becoming a Member of Knesset, Michal served as a research fellow at the Institute for Counter-Terrorism (ICT) at IDC Herzliya and was a board member at “Tzav Pius” – an NGO dedicated to creating opportunities to connect Israelis along the secular-religious spectrum. She was also a dedicated legal advisor to the Goldin family, working for the return of deceased Israeli soldiers Hadar Goldin and Oron Shaul as well as Israeli civilians Avera Mangistu and Hisham al-Sayed.

Michal is committed to promoting, advancing, and protecting the rule of law, human rights,

Israel-diaspora relations, Jewish communities throughout the world, and integration of old and new immigrants in Israel.