HRW Israel and Palestine Director Omar Shakir is scheduled to participate in conference, “Challenging Apartheid in Palestine: Reclaiming the Narrative, Formulating A Vision” (June 18-23), hosted by the Istanbul Sabahattin Zaim University. Conference organizers and sponsors, as well as other participants, are linked to various terror groups, including Hamas, Islamic Jihad, Hezbollah, and the Popular Front for the Liberation of Palestine (PFLP).

Additionally, several other panelists represent pro-BDS NGOs, an agenda that Shakir and HRW have long championed, in both principle and in practice. 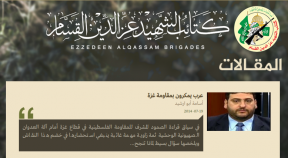 Representatives of a number of BDS-supporting NGOs and other BDS activists are scheduled to participate in the conference: