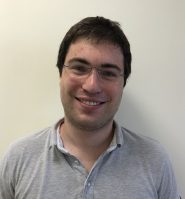 The panel—which will feature figures, such as U.S. Rep. Rashida Tlaib (D-Mich.) and Temple University professor Marc Lamont Hill, who have themselves engaged in extensive anti-Semitic rhetoric, alongside outspoken Israel critic Peter Beinart—has been received with a mixture of shock, dismay and outright bewilderment. The inclusion of these participants in a panel on anti-Semitism is both comically counterproductive and tacit approval of an intellectual environment in which anti-Semitism is allowed to blossom.

Such an initiative is unsurprising coming from JVP, an organization that openly stated its goal to create a “wedge” within the Jewish community over Israel, and which has long been an ardent supporter of BDS campaigns against the Jewish state. Nor is this the first time that JVP has downplayed the issue of anti-Semitism, stating in 2016, for example, that “anti-Jewish bigotry is not equivalent to the structural oppression” faced by other minority communities.

But even by those standards, the upcoming panel is an especially cynical take on an issue that JVP usually pretends to take seriously.