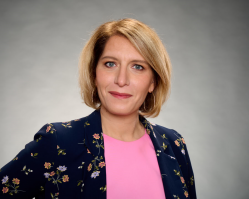 On the evening of Thursday, May 5, the State of Israel will mark 74 years of independence. Israelis will come together to celebrate a vibrant and diverse society, thriving democracy and leadership as well as innovation in science and technology. More than all this, they will celebrate Israel as the embodiment of self-determination for the Jewish people.

Others will observe the Palestinians’ annual Nakba Day, mourning the “catastrophe” that they view as intrinsic to the founding of the Jewish state.

The dichotomy between the two observances could not be starker. While the former looks forward and works toward the future, the latter clings to a revisionist version of history, preserving an ethos of victimhood in a desperate attempt to change the present.

This in itself is not new. In recent years, however, the “catastrophe” rhetoric has migrated from Palestinian discourse to influential Western institutions and organizations as part of a larger campaign to delegitimize and isolate Israel.

The most glaring example is the repeated allegations of the crime of apartheid leveled at Israel by powerful human rights organizations. At the beginning of 2021, the influential NGOs Human Rights Watch and B’Tselem published reports alleging that Israel is responsible for, and Israeli officials guilty of, committing apartheid – a crime against humanity. And in February of this year, Amnesty International published a similar report, alleging that Israel has been racist and illegitimate since its inception.