Skip to content
NGO Monitor > In The Media
Daniel Laufer 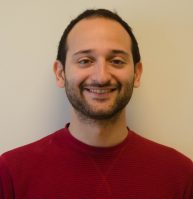 The cancellation of a World Cup warm-up match in Israel by the Argentine national football team should be a wake-up call. Most anti-BDS (boycott, divestment, and sanctions) efforts usually focus on Europe and North America, but Latin America is emerging as a site of growing, significant anti-Israel activity.

Diplomatically, Latin America is a mixed bag. Many countries are honored with street names throughout Israel for their votes for the UN Partition Plan and subsequent recognition of Israel. But while strong relations continued for decades, Palestinian violence in the early 2000s prefigured a shift as Latin American governments declared solidarity with Palestinians and regularly condemned Israeli responses to terrorist attacks. Several even recognized a Palestinian state.

Still, countries such as Colombia, Mexico and Argentina have substantial economic or security ties with Israel, and a number of countries chose to abstain in the 2017 UN vote to condemn the US for moving its embassy from Tel Aviv to Jerusalem.

Prime Minister Benjamin Netanyahu’s visit to Latin America in September 2017 was in many respects proof of Israel’s strong relations with the region’s governments. However, the furious public demonstrations that greeted the Israeli delegation’s arrival highlighted the growing presence of radical anti-Israel activists.

While not yet as severe as in Europe, there are a growing number of non-governmental organizations (NGOs) in Latin America actively promoting BDS, lawfare, and various other delegitimization campaigns against the State of Israel. These campaigns draw on a mix of religious antisemitism and local neo-Marxist and anti-colonialist ideologies, accompanied by demonizing, antisemitic rhetoric. They do not speak of a Green Line or two states, but instead define Israel’s very existence as a wrong to be righted.

While it appears that these organizations are not supported by area governments, new NGO Monitor research indicates that their campaigns do benefit from significant, constantly increasing assistance from international BDS groups, as well as from Palestinian, Israeli, European and American NGOs. Many of these international NGOs are themselves supported by European governments.

An overall lack of transparency among both NGOs and government donors within Latin America reflects a lack of accountability.

In contrast to the strong economic and diplomatic ties with Israel, many local non-governmental organizations (NGOs) in Latin America are active in promoting BDS (boycott, divestment, and sanctions), lawfare, and various other delegitimization campaigns against the State of Israel.