Today, October 25, 2016, the Center for Palestine Studies at Columbia University (CPS) will co-host with Columbia’s Law School an event titled “Human Rights, International Law, and the Israeli Occupation of Palestine.”

This event is part of a wider trend of regular BDS (boycott, divestment, and sanctions) events at the university, often linked to CPS and the law school. These efforts are amplified by the work of  Students for Justice in Palestine (SJP) and Jewish Voice for Peace (JVP), whose joint BDS effort “Columbia University Apartheid Divest (CUAD)” launched in February 2016.

The event features newly appointed United Nations Special Rapporteur on the “situation of human rights in the Palestinian Territory occupied since 1967” in conversation with three speakers and a moderator – all of whom have been involved, to varying degrees, in legal attacks against Israel. Lynk himself has a history of anti-Israel pronouncements (as documented by UN Watch), accusing Israel of “apartheid” and seeking seeking to exploit the International Criminal Court in order to “isolate Israel.”

Professor of Law Katherine Franke, involved with BDS on and off campus, will serve as moderator for the event. Franke participated as a panelist in the Spring 2016 “Apartheid Week” event, “The Case for Academic Boycott [of Israel],” co-hosted by SJP and JVP, where she distributed an informational sheet “Boycotts Through History” that described the 1934 Nazi boycott of Jewish businesses as a “counter-boycott” to boycotts of goods from Nazi Germany (see below for images). She also signed the pro-BDS “Faculty Petition” supporting CUAD’s call for divestment, is an editor of CPS’ Nakba Files website, and is a member of the Steering Committee for JVP’s Academic Advisory Council. Franke uses her appointment at the Law School and role as Director of the Center for Gender and Sexuality Law to further her own anti-Israel activism and BDS – in her coursework and in bringing anti-Israel events and NGOs into the Law School.

Speakers include Michael Sfard, an Open Society Fellow (funded by Soros), who has represented numerous political NGOs and was involved in a lawfare case in Canada (in partnership with Al-Haq). Sfard has served as a paid witness for the PLO in at least two lawsuits brought by victims of Palestinian terrorism. The PLO was seeking to block compensation, responsibility and accountability for its role in supporting terror attacks. (See NGO Monitor’s report on Michael Sfard for more details.)

Katherine Gallagher is Senior Staff Attorney at the Center for Constitutional Rights, an organization that is active in lawfare suits against Israel, promotes the boycott of Israeli companies, and accuses Israel of genocide. She is also Vice-President on the International Board of the Paris-based International Federation for Human Rights (FIDH) – an organization composed of 178 member groups that engages in “lawfare” and supports BDS campaigns.

The Center for Palestine Studies (CPS), launched in 2010, is the “first such center in an academic institution in the United States” and honors the “legacy of Professor Edward Said at the university.” The stated goal of the Center is the “academic study of Palestine by supporting research, teaching, and intellectual collaboration among scholars within Columbia University and beyond.” CPS, however, includes BDS as one of the main “topics” of its “research and analysis.” The Center has hosted speakers such as leading BDS ideologue Omar Barghouti.

CPS also runs a website, “Nakba Files,” together with the political NGO Adalah, aimed at exploring the ongoing “consequences of the Nakba” in the format of an “online work and discussion space. Adalah has been involved in a “platform” released by the Movement for Black Lives (MBL) that supported ‪BDS and called Israel “an apartheid state committing genocide.” (The original document listed Adalah’s Nadia Ben-Youssef as a co-author, but, MBL subsequently removed Youssef’s name, instead listing Adalah as an “organization currently working on policy.)‬‬‬‬‬‬

Despite the prestige and academic aura provided by Columbia University, the event with the UN Special Rapporteur will be an echo chamber. The speakers and moderator may come from different organizations, yet all share a common support for legal warfare against Israel. 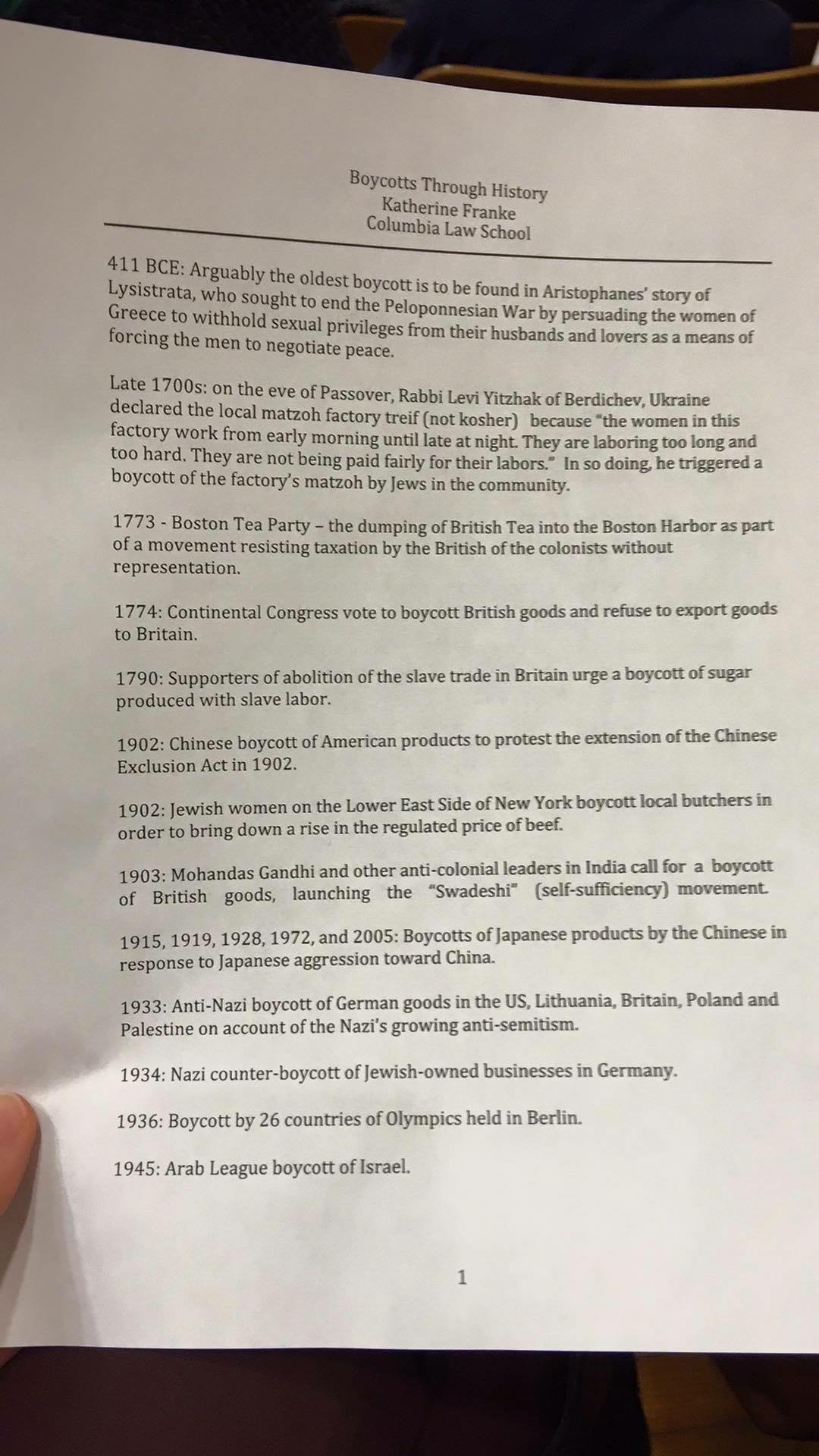 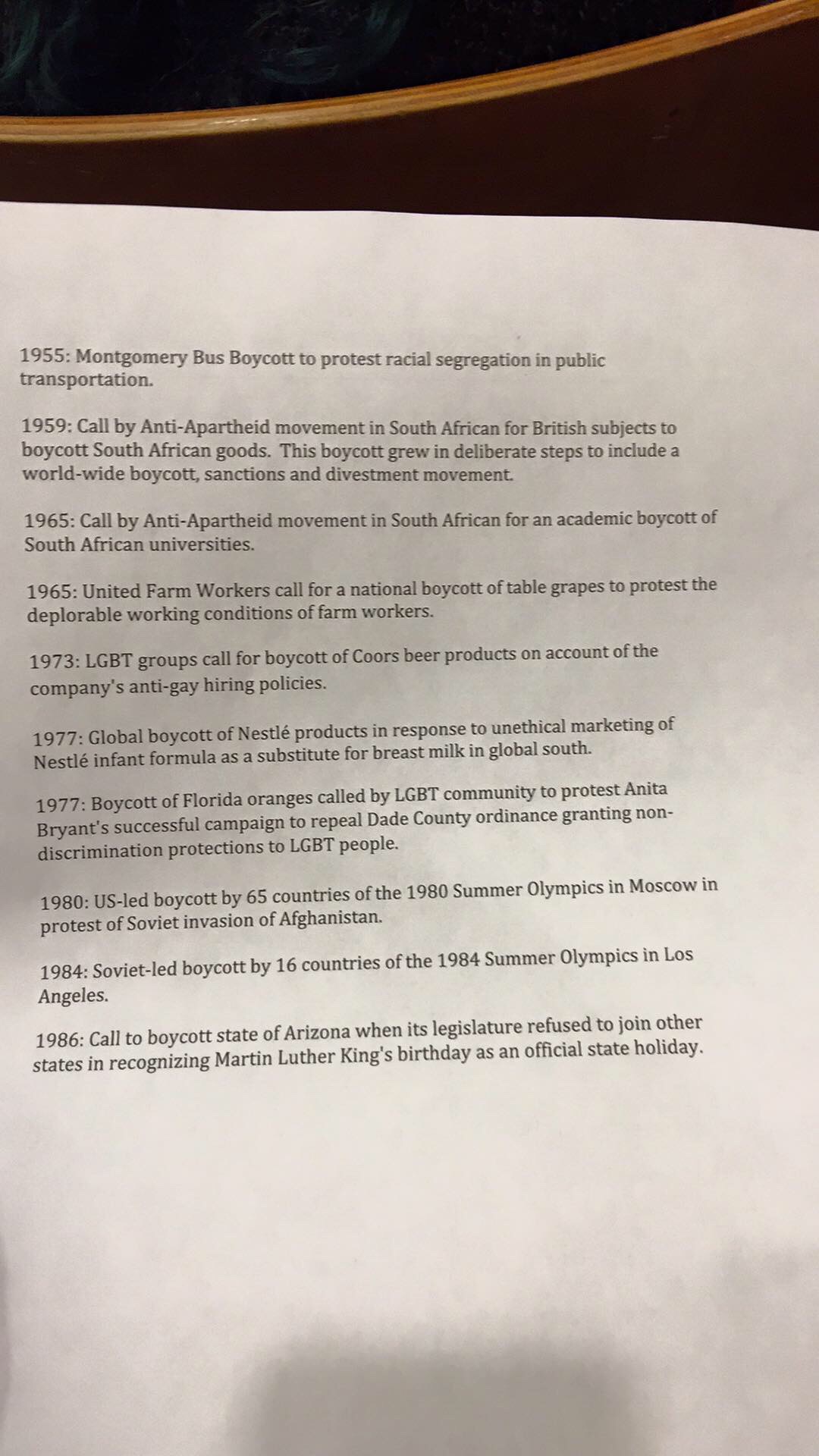