On June 6, 2019, the Charity Commission for England and Wales released a statement on their investigation into “Viva Palestina,” a charity led by former Member of Parliament and former War on Want General Secretary, George Galloway. The Charity Commission concluded that Viva Palestina “was not properly governed, managed or administered by its trustees – as a result of those failings its reputation, that of the wider charitable sector, and charitable funds donated by the public to the charity were put at risk.”

The Commission paid special attention to Viva Palestina’s failure regarding “the basic requirement to keep receipts and records of income and expenditure and so be able to properly account for charitable funds raised and spent. These basic requirements are all the more important when charitable funds are raised from members of the public and used for humanitarian needs in conflict zones.” Viva Palestina reportedly claimed to have raised over £1 million in 2009 alone.

In addition to the concerns cited by the Charity Commission, Viva Palestina has had significant contact with leaders of the Hamas terrorist organization, including providing them with cash, vehicles, and other items.

For example, during a March 2009 “aid convoy,” George Galloway met with then Hamas Prime Minister Ismail Haniyeh and directly provided him with three cars and £25,000 in cash. Galloway claimed, “Just in case the British government or the European Union want to face me in any court, let me tell them live on television: I personally am about to break the sanctions on the elected government of Palestine…By Allah, we carried a lot of cash here… But I, now, here, on behalf of myself, my sister Yvonne Ridley…are giving three cars and 25,000 pounds in cash to Prime Minister Ismail Haniyeh” (emphasis added). 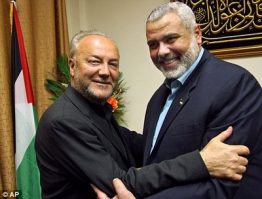 In another March 2009 incident, Galloway personally provided Hamas Deputy Prime Minister Ziad al-Zaza with bundles of cash in addition to vehicles, tools, medicine, and other items. 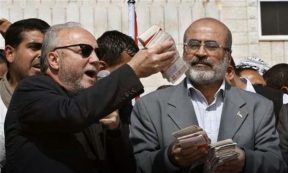 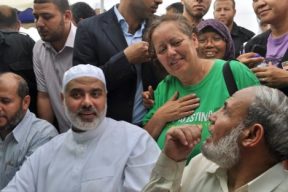