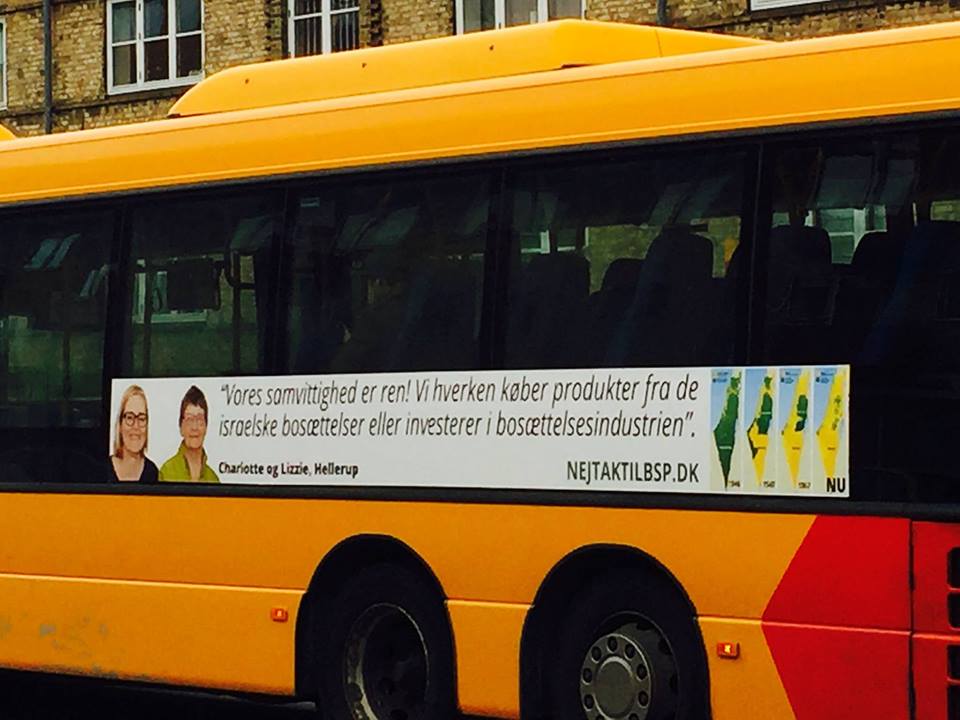 Text: “Our conscience is clear! We do not buy products from Israeli settlements or invest in settlement industry.” Website: “No Thanks to Settlement Products.” Source: Facebook

All Articles about Danish-Palestinian Friendship Association