Prepared for the Conference of the Global Forum for Combating Antisemitism, Jerusalem, February 2007.  All of the examples cited are based on research published on www.ngo-monitor.org, including NGO Monitor´s Submission to the British Parliamentary Committee Against Antisemitism (PCAA).

The network of non-governmental organizations that claim to promote human rights and humanitarian agendas, and are centrally involved in the Israeli-Palestinian conflict, often use antisemitic themes and images in their campaigns.  Some of these reflect classical antisemitism, while other cases involve the singling out of Israel, double standards, obsessive condemnations of responses to terror, campaigns for boycotts, divestment, and sanctions, as declared in the NGO Forum of the 2001 Durban Conference.  The NGOs involved in both dimensions include those based in Europe (including the UK), as well as Palestinian groups (many of which are funded by European and other Western governments), Human Rights Watch (U.S.), World Vision (Australia) and others.

The NGO use of classic antisemitic themes such as the blood libel are found in Oxfam’s poster in 2002 of the "Israeli orange", which promoted boycotting of Israeli products, and of Israel in general.  (Following a wide protest, this poster was withdrawn.)  In December 2004, Christian Aid (UK) used the theme of "Bethlehem’s Child" as the central theme in its annual campaign, featuring allegations of Jewish/Israeli violence against suffering Palestinian victims who are compared indirectly to Jesus. (CA leaders later admitted to insensitivity and met once with the Chief Rabbi.)  In 2006, War on Want (UK) accused Israel of “caging” Palestinians into “ghettos”; engaging in an “expulsion project”; and allegations that the IDF targets Palestinian water sources as a “punitive and discriminatory tool” (i.e. “poisoning the wells”).  WoW’s 2006 Christmas card campaign echoes the deicide theme, and one of the cards portrays Joseph and a pregnant Mary being searched by Israeli soldiers against the barrier near Bethlehem.

Many of the active and well-funded Palestinian and Israel-based NGOs also feature these themes.  In a 2001 "Easter message"  Naim Ateek, the head of the Sabeel Ecumenical Liberation Theology Center, which is closely allied to CA and ICAHD (an Israeli NGO funded by the EU), declared "it seems to many of us that Jesus is on the cross again with thousands of crucified Palestinians around him. […] The Israeli government crucifixion system is operating daily." In similar messages, such as a February 2001 sermon, Ateek accuses Israel of killing Jesus (the Palestinians) as infant, prophet and messiah: "Israel has placed a large boulder, a big stone that has metaphorically shut off the Palestinians in a tomb. It is similar to the stone placed on the entrance of Jesus’ tomb…"  The rhetoric of the Protocols and Jewish conspiracies is also prevalent in NGO activities.  ADRID, which is part of the Ittijah network, issued a "manifesto" in 1999  that referred to "Zionist conspiracies" and claimed that the establishment of Israel was "gained with the support of international Zionist and imperialist forces."  Similarly, the head of the Palestine Children’s Relief Fund (PCRF) speaks of the "Zionist lobby and Zionist influence" which manipulates the U.S. government, its citizens and media.

The new antisemitism used by NGOs is reflected in frequent accusations of “war crimes”, violations of international law, "indiscriminate killings", apartheid, racism, etc. in which the context of terror is erased, and Israeli is singled out for obsessive condemnation.  The powerful global NGOs, including HRW and Amnesty International, continue to actively promote the Durban strategy of demonization and singling out of Israel.  This was highlighted in the NGO role in propagating the myth of the "Jenin massacre" (HRW continues to feature images of Jenin on its website), in supporting the Caterpillar boycott campaign, as well as the academic boycott efforts centered in the UK, and the church divestment efforts.  NGOs were also instrumental in the UN and media campaign against the “apartheid wall”, and in ongoing demonization of Israel.  Their reports on Israel are entirely disproportionate in terms of regional and global human rights issues.  In 2004, for example, HRW focused over one-third if its efforts on Israel – by far the greatest single emphasis, and far greater than reports focusing on Libya, Syria, Saudi Arabia, the Palestinian Authority, and elsewhere.
The NGO role in demonizing Israel was emphasized again during the recent conflict in Lebanon, in which HRW and Amnesty issued over 40 reports and press releases, of which almost all condemned Israeli actions, while Hizbollah’s use of human shields, and other war crimes were ignored.  (Reports on his issue were published three months after the war ended.)  HRW’s largest and most heavily publicized report was entitled “Fatal Strikes:  Israel’s Indiscriminate Attacks Against Civilians in Lebanon”.  The cover photo was an image of numbered coffins. Such obsessive and offensive campaigns conducted under the guise of universal human rights 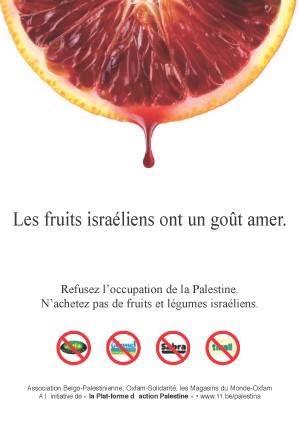