Amb. Sharma highlighted Israel’s right and obligation to defend its citizens against terror, adding that Australia views the “Israeli government as a responsible, democratic government that adheres to international norms and the rules of law.”

Amb. Bercovici added that Israel is a democratic state fighting against terror, asserting that the “Gaza Strip has become a terror strip.”

In light of the discovery of multiple rocket caches in UNRWA schools, Amb. Bercovici confirmed that Canada does not provide funding to the UN body.

Amb. Sharma, on the other hand, said that while Australia recognizes the difficulties in the region and concerns with UNRWA, the Australian government does continue to provide funding to UNRWA, acknowledging that it is the only organization of that scale through which donors can channel humanitarian aid.

When asked about conditioning donations and ensuring NGO accountability, Amb. Sharma stated that Australian funding to UNRWA is quite minimal and that withdrawing aid would not produce significant or tangible results; Australia would prefer some degree of influence rather than pull out altogether.

Bercovici considered the role of media propaganda and demonizing rhetoric in international antisemitic demonstrations. She asked why the West is so willing to accept catch phrases and newspaper headlines, without an understanding of the facts. “To the anti-Israel demonstrators I would say: Where were you when rockets were being fired into Israel?”

Amb. Vivian Bercovici was appointed Canada’s Ambassador to Israel in January 2014. Before that, she practiced law in Canada. Ms. Bercovici was a board member of CBC/Radio-Canada and the Canadian Journalism Foundation, wrote a monthly column for the Toronto Star on Israel and Middle East issues, and was an adjunct law professor at the University of Toronto.

Amb. Dave Sharma was appointed Australia’s Ambassador to Israel in June 2013. He is a senior career officer with the Department of Foreign Affairs and Trade (DFAT) and was most recently Assistant Secretary in the Africa Branch. Mr. Sharma’s international service includes postings as Counsellor at the Australian Embassy in Washington, Third Secretary at the Australian High Commission in Port Moresby, and as Senior Civilian Adviser with the Peace Monitoring Group in Bougainville.

Prof. Gerald Steinberg is the founder and president of NGO Monitor (awarded the Menachem Begin Prize in 2013), and is on the faculty of political science at Bar Ilan University. He is co-author of numerous publications on Israeli security and diplomacy, and human rights. 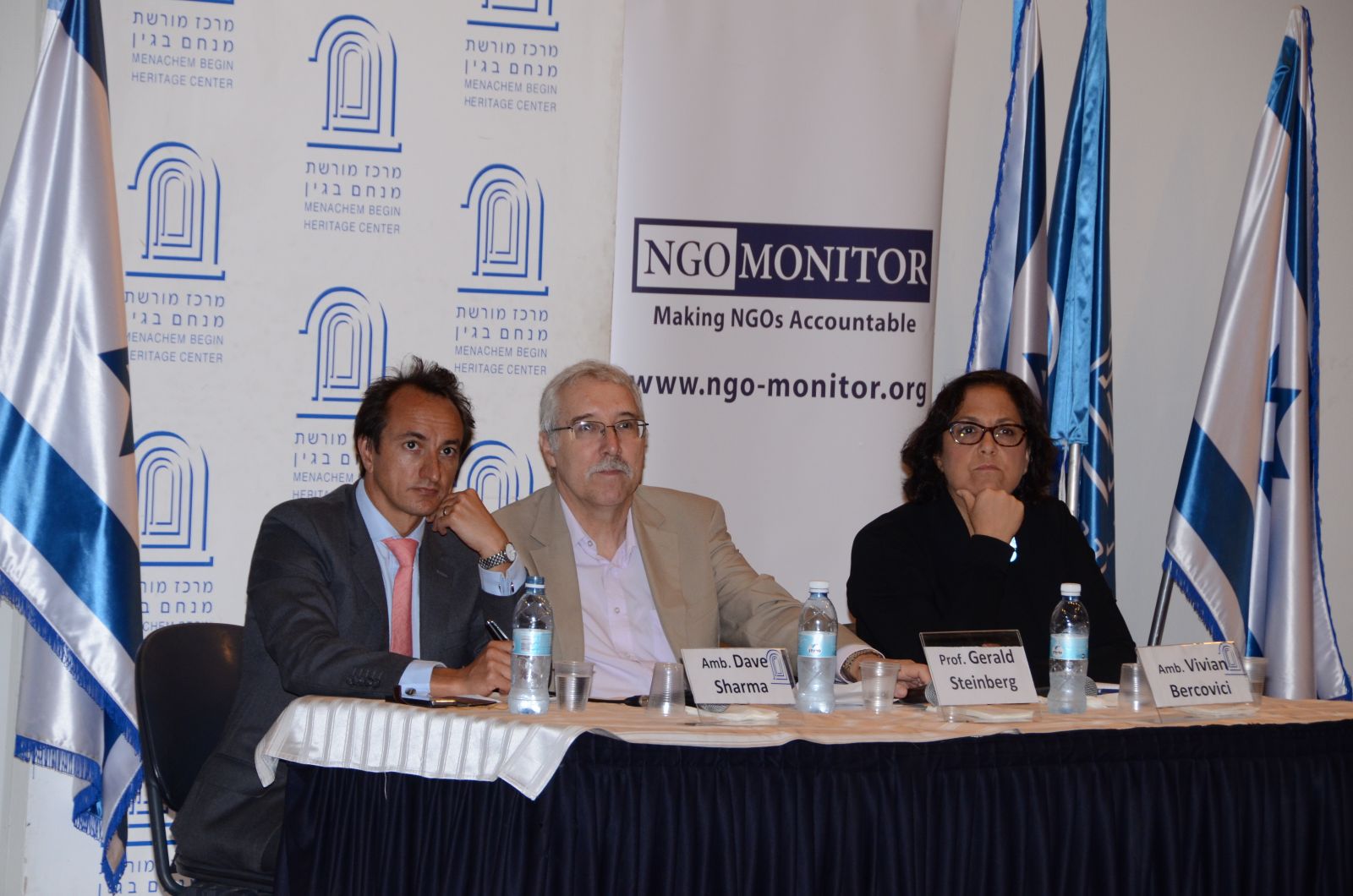