December 18 – Today, in the shadow of a surge of physical violence against Jews around the world, NGO Monitor hosted its annual conference in Tel Aviv. The event, “The Future of Human Rights in an Era of Increased Antisemitism,” featured experts and influencers who shared ideas about the challenges posed by global antisemitism. 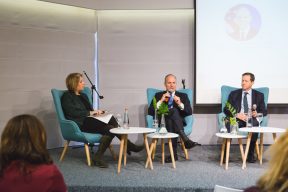 In a moderated conversation between Carr and Isaac Herzog, Chairman of the Jewish Agency and former Member of Knesset, Carr added that the “utility of IHRA [International Holocaust Remembrance Alliance working definition] is in allowing us to refer to an objective standard. That by itself is important. Other than a far fringe, most people don’t want to be antisemites.”

Herzog observed that the “extreme right and extreme left clash with each other, and the first to suffer are the Jews, but it wont stop with the Jews.” 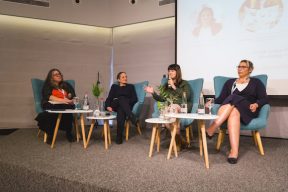 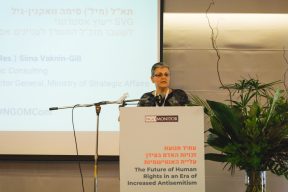 Former Jewish Agency Chairman and Chair of ISGAP Natan Sharansky closed the gathering on a personal note, sharing his experiences as a refusenik and his takeaways about the Jewish people: “If we are a religion, then there is religious antisemitism. If we are a nationality and don’t want a religion, well that was the time when Nazi antisemitism built itself.” 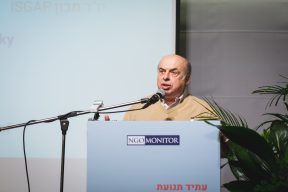 The conference marks the 18th year of NGO Monitor’s activity. In this time, the research institute has encouraged governments to enact policies that marginalize antisemitic groups, resulting in €50 million redirected away from such groups. There has also been greater recognition internationally, including by the UN, of the importance of taking concrete steps to combat antisemitism.

Simultaneously, NGO Monitor noted at the conference that antisemitism has been politicized in many Western democracies. In this context, antisemitic NGOs and their supporters, threatened by the widespread adoption of funding guidelines, are mischaracterizing the IHRA working definition on antisemitism. 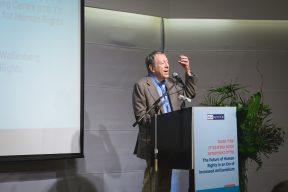 Chair of the Wallenberg Centre and former Minister of Justice and Attorney General of Canada, Irwin Cotler

Founder and president of NGO Monitor, Professor Gerald Steinberg, summarized the conference goals, saying “the return of virulent antisemitism, including from the very institutions created to promote universal human rights, is very distressing. But today’s presentations by many outstanding voices provide hope that these core values can be restored, and the world will reject the hatred and abuses directed at the Jewish people.” 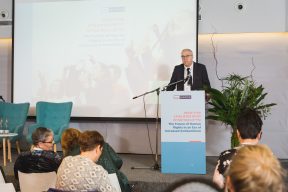