Following an official complaint sent by Anne Herzberg, Legal Advisor at NGO Monitor, the United Nations Office of the High Commissioner for Human Rights has removed Manal Tamimi from a list of “human rights defenders.” Tamimi was originally included in a report by Special Rapporteur Michael Lynk, but the report has since been amended.

In the original report (March 16), Tamimi was described merely as a “leader of the protest movement in the Palestinian village of Nabi Saleh.” NGO Monitor’s complaint highlighted that Tamimi repeatedly utilizes violent and virulently antisemitic rhetoric and imagery on social media – disqualifying her from human rights defender status.

Anne Herzberg, Legal Advisor at NGO Monitor, stated, “We are glad that the UN finally took action and removed Ms. Tamimi as a ‘human rights defender.’ However, the underlying issues related to the process by which Special Rapporteur Lynk included her in the first place, and questions about his ability to serve in a professional capacity, remain.

The inclusion of Ms. Tamimi by Mr. Lynk in his report suggests he did not conduct independent research and verification, but rather blindly repeated claims made by outside organizations. Alternatively and more troublingly, Mr. Lynk deliberately ignored Ms. Tamimi’s record.”

An employee of the EU-funded Palestinian organization Women’s Centre for Legal Aid and Counseling (WCLAC), in September 2015, for instance, Tamimi tweeted, “Vampire zionist celebrating their Kebore day by drinking Palestinian bloods, yes our blood is pure & delicious but it will kill u at the end.” In August 2015, Tamimi tweeted, “I do hate Israel ,i (sic) wish a thrid Intefada (sic) coming soon and people rais (sic) up and kill all these zionist settlers everywhere.”

Far from condemning her actions, WCLAC instead filed a complaint with the United Nations over the “Frequent targeting of Palestinian human rights defender: Mrs. Manal Tamimi.” WCLAC received, together with two other partner organizations, €2.5 million from the European Union’s East Jerusalem Programme for a project ending April 2019. In February 2017, Tamimi was invited to speak at an EU-funded conference in Barcelona on “preventing violent extremism.”

As noted in the complaint to the UN, the original inclusion of Tamimi indicates that Mr. Lynk is unable to carry out his duties as Rapporteur, and without remedial measures should not be allowed to remain in this position. Lynk’s appointment was widely criticized at the time, including by Canada’s Foreign Minister. 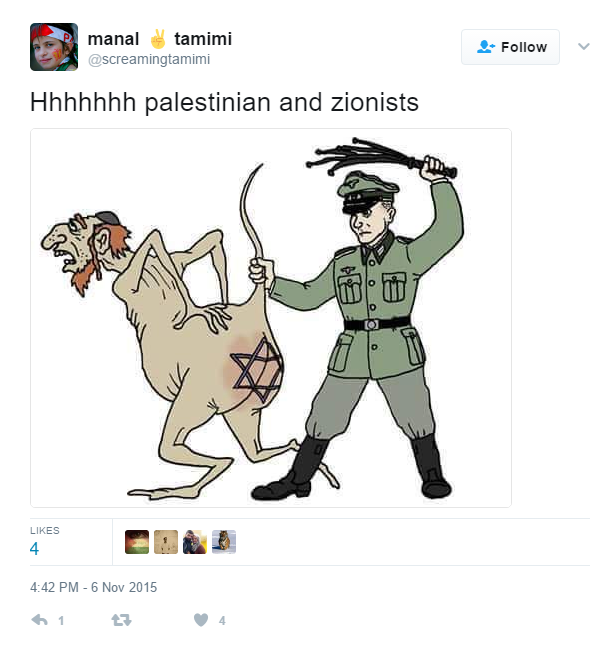 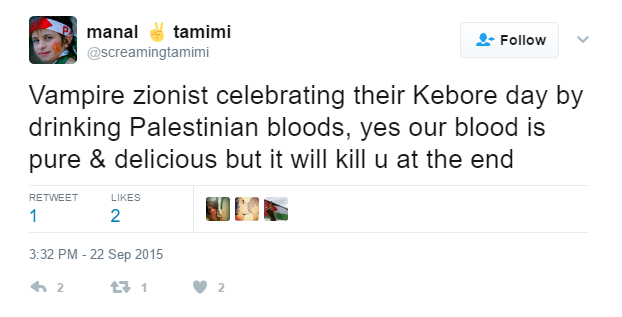 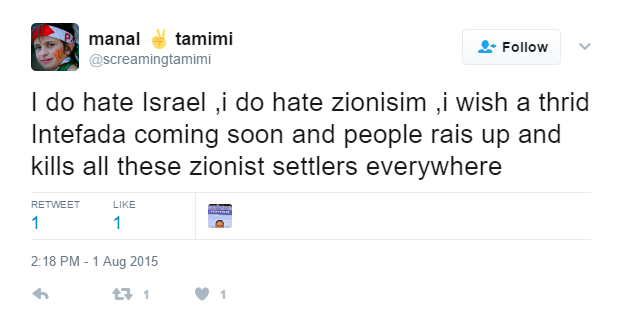 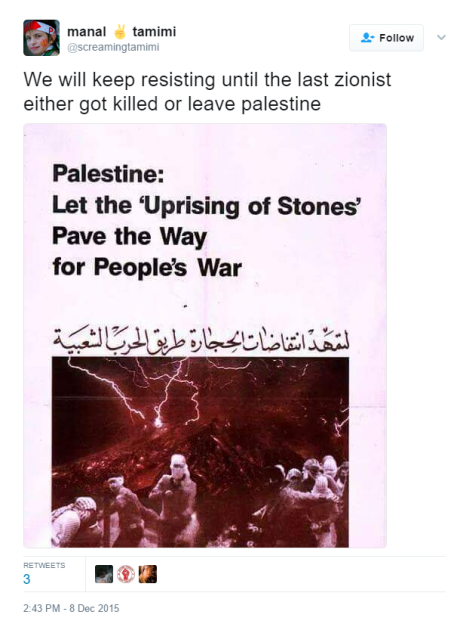 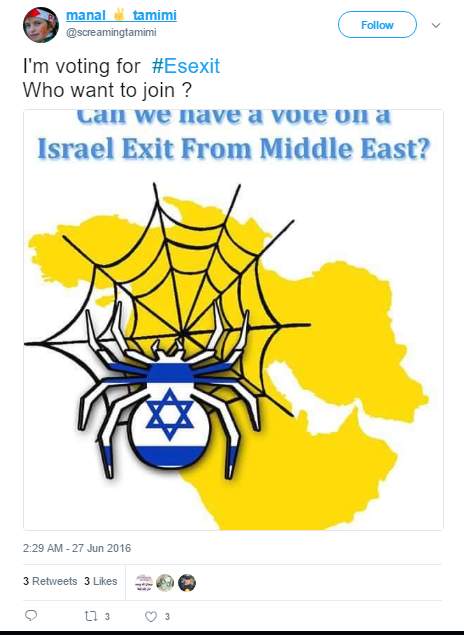 The UN edited and removed Manal Tamimi from a report written by Michael Lynk after NGO Monitor filed a complaint demonstrating that Tamimi frequently utilizes antisemitic and violent rhetoric and imagery on social media.