Between May 13-16, 2018, Human Rights Watch (HRW) employees tweeted excessively about the violence along the Gaza border, with their tweets almost exclusively condemning Israel’s right to defend its borders, belittling the violence, and making various politically driven statements. HRW employees dedicated a significant amount of space to the events along the Gaza border compared to other human rights related events occurring during the same period of time, demonstrating the organization’s extreme anti-Israel bias and obsession at the expense of its universal human rights mission. The tweets describe Israel’s actions in Gaza as being  a “bloodbath,” “inhumane,” and “calculated.” Similarly, they compared Gaza to a “prison,” where Israel is “cag[ing]” Palestinians.

The following report includes a selection of these tweets, as well as analysis comparing the amount of tweets about Gaza compared to other conflicts.

Ken Roth’s Twitter feed focused significantly on Israel compared with other countries exhibiting human rights related events. Roth devoted an astounding 40% of his Twitter feed to attacking Israel, with the tweets consistently erasing the context of violence along the Gaza border, including the use of Molotov cocktails, arson, explosive devices, and attempts to breach the border fence.

On May 14, Roth tweeted his dismay that there has been “nary a scratch on the Israeli side.” 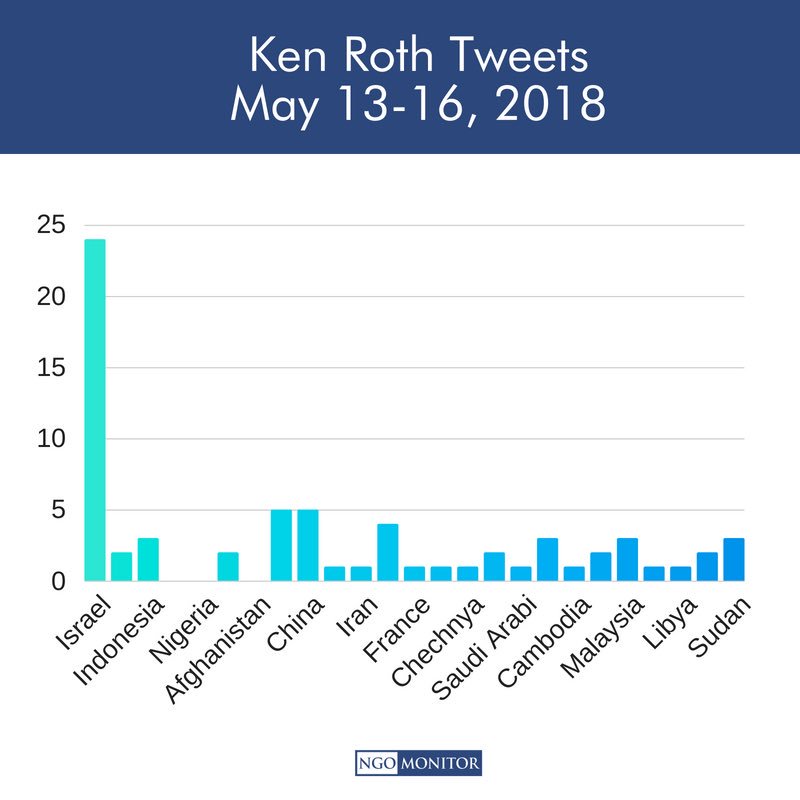 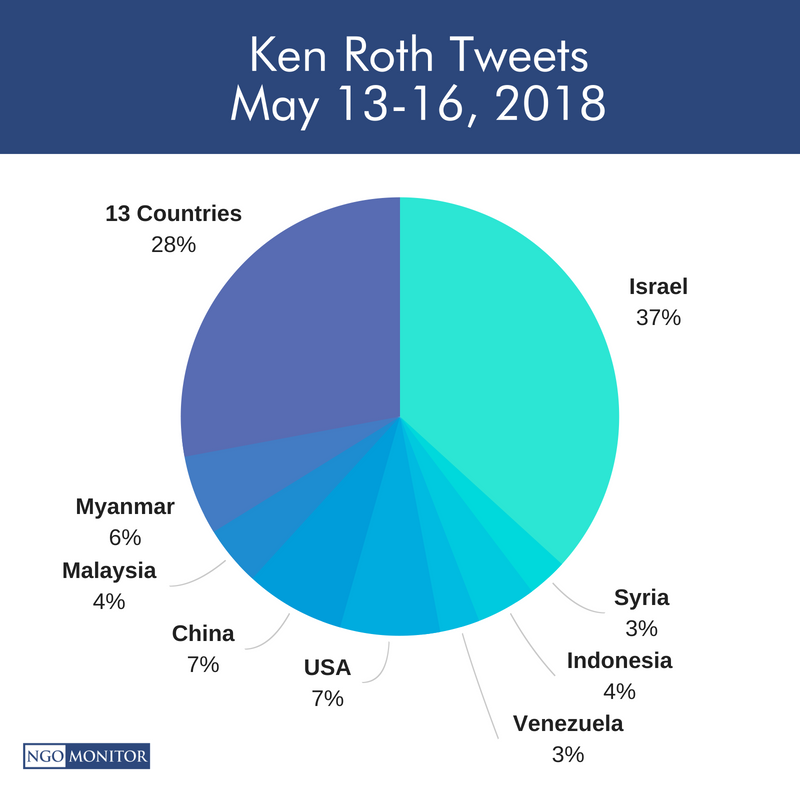 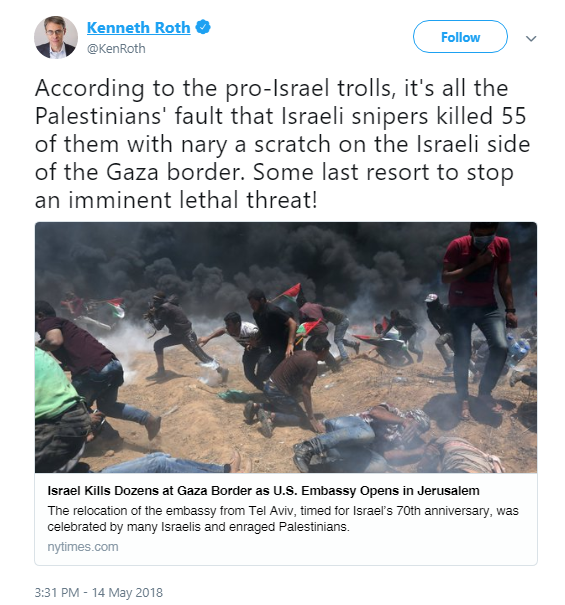 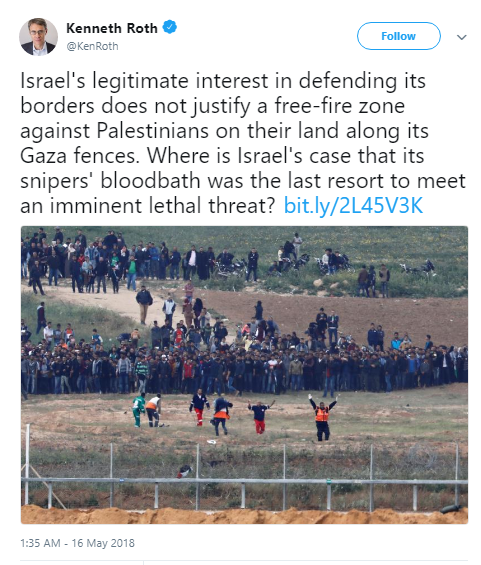 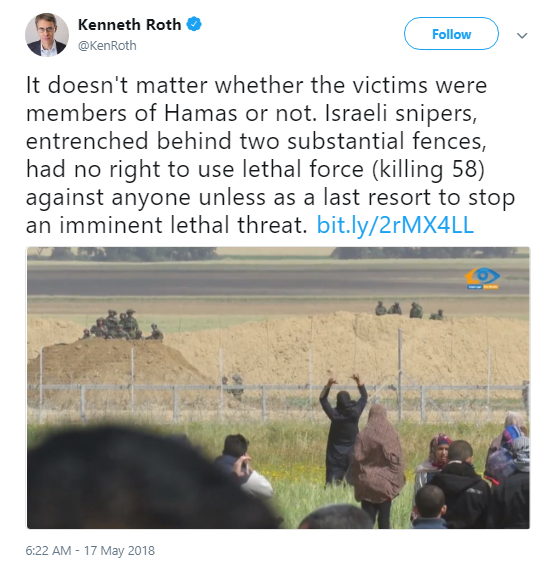 In addition to tweets about his visa being revoked, Omar Shakir tweeted 18 times (97 retweets) about the Gaza riots. Shakir’s tweets accused Israel of “entrenched discrimination,” “cag[ing]” Palestinians, and of “whitewash[ing]” investigations.

On May 15, Shakir published an article in USA Today  titled “Israeli Open-Fire Orders Predictably Result in Bloodbath,” stating that “Bloodshed on this scale results directly from these open-fire orders that green-light the firing on demonstrators irrespective of the threat they pose, along with Israel’s decades-long failure to hold accountable soldiers who violate their already lax open-fire orders. As criticism of this predictable bloodbath pours in from leaders around the world, the Trump administration is blaming Hamas alone, giving Israel a green light to continue killing and maiming.” 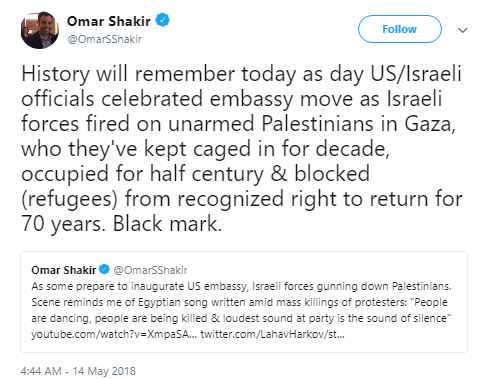 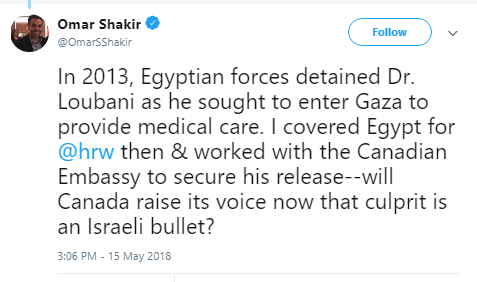 Sarah Leah Whitson tweeted 30 times about the Gaza protests. Her tweets consist almost entirely of condemnations and attacks against Israel, accusing Israel’s actions in Gaza as being “unlawful,” a “bloodbath,” and “inhumane,” as well comparing Gaza to a “prison.” Whitson also shared the cover of the New York Daily News depicting Ivanka Trump as “Daddy’s Little Ghoul” stating “Even @NYDailyNews gets it. The whole word gets it. Israel and The US are the ghouls in #Gaza.” 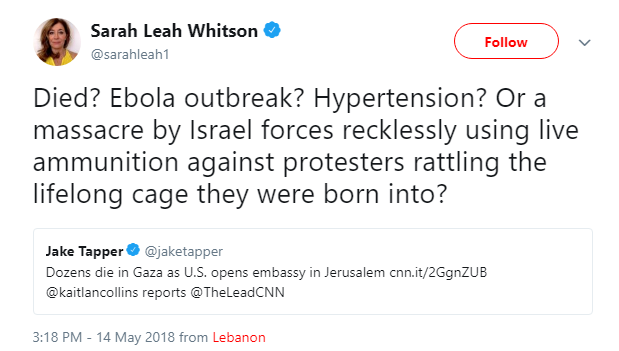 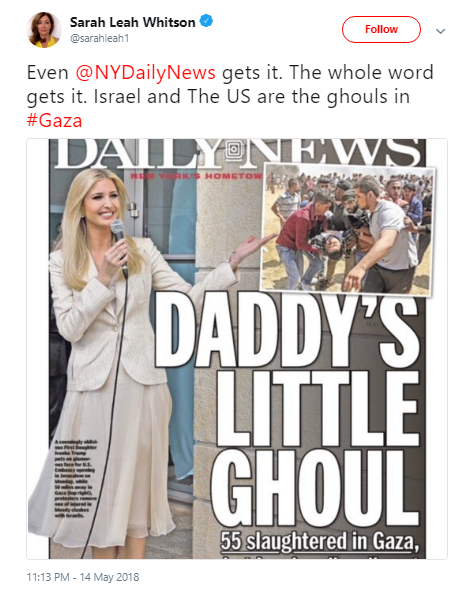 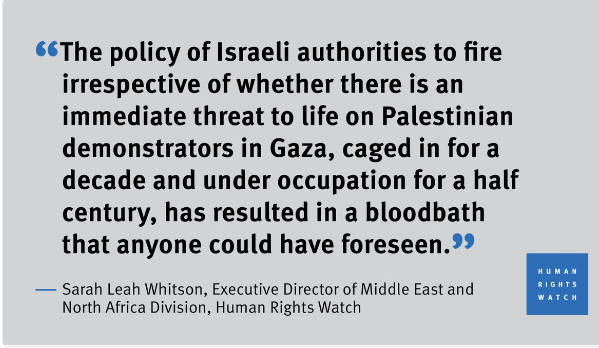 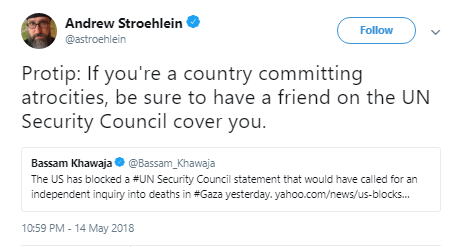 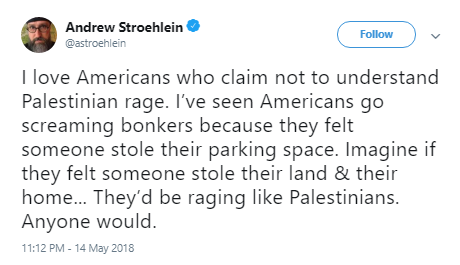 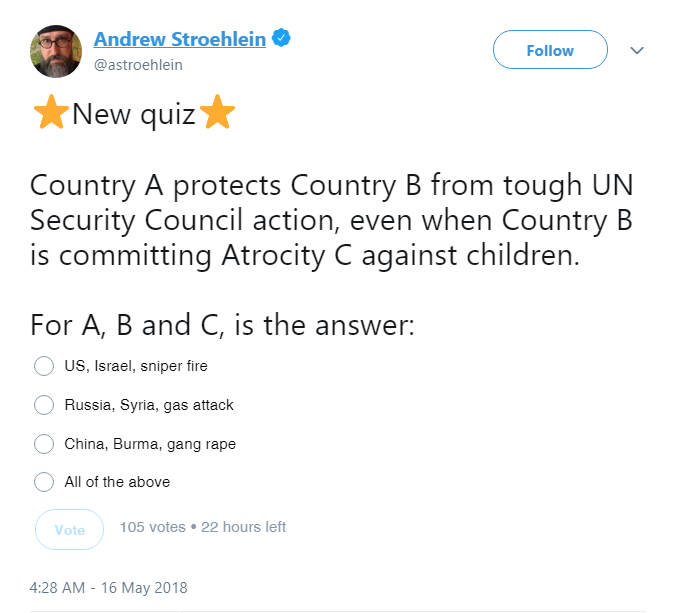 Charbonneau’s tweets call for an “independent investigation” against Israel’s use of “deadly force” and “calculated killings.” 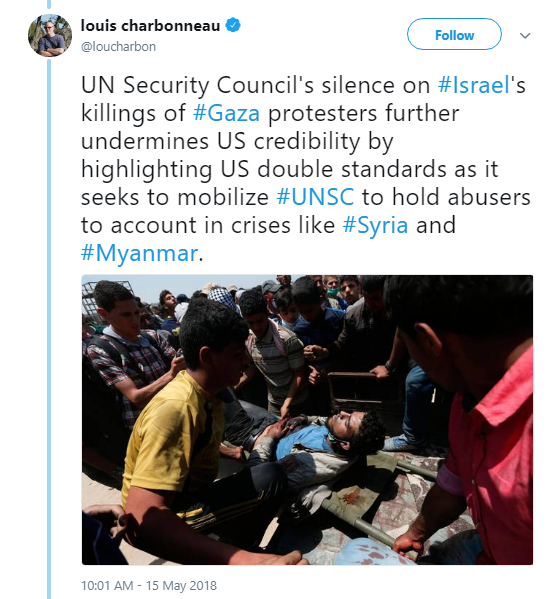 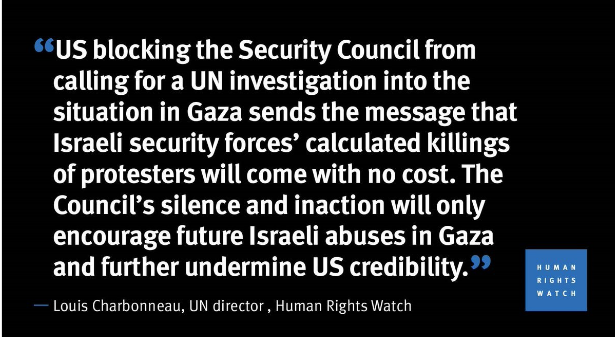 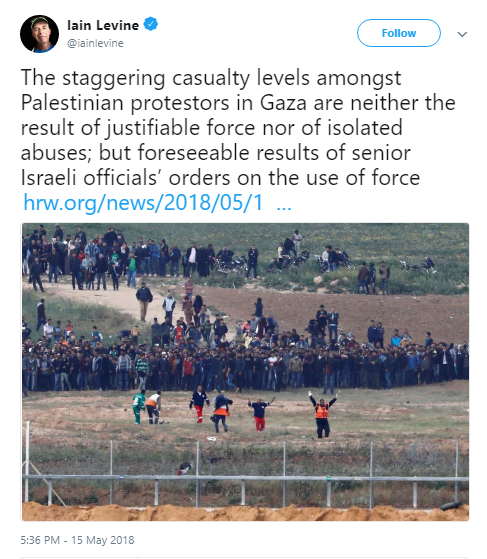 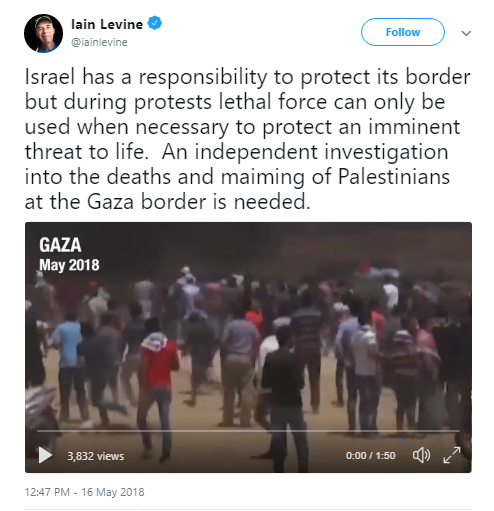 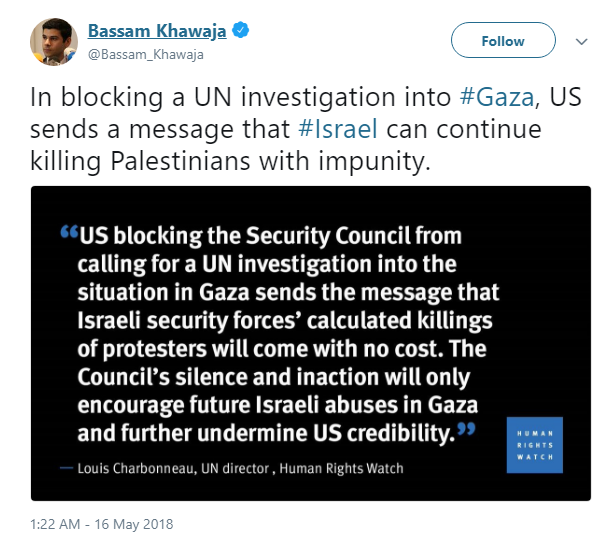