On March 29, 2021, the Government Accounting Office (GAO) published an audit of the USAID West Bank and Gaza office 2015-2019 funding for local NGOs, highlighting deficiencies in USAID’s anti-terror vetting.  The report concluded that vetting of second-tier grantees was often incomplete or conducted after the fact. Likewise, “post-award compliance reviews occurred, at times, after the sub-awards expired, which was too late to take corrective actions.”

The GAO audit also identified a failure to include mandatory language about anti-terror requirements and to verify that sub-grantees had procedures in place to meet these requirements.

The following report assesses the public information that was available to USAID and primary grantee personnel at the time that secondary-grantees were being vetted or were implementing projects.  This begins with events, activities, and statements from before grants were issued.

Information pertaining to these activities was public and should have been accessed by USAID and primary grantee officials during the vetting process.  Similarly, many of these incidents occurred before grants were issued, indicating a failure to properly vet grantees.  Additionally, several of them took place during the grant period, reflecting the need to continue to monitor grantees after funds are approved.

Thus, this publication serves as a case study, highlighting the vetting deficiencies, which, if unaddressed, threaten the integrity of US funding.

Juzoor for Health and Social Development

Palestinian NGO Juzoor for Health and Social Development received millions of dollars as a sub-grantee on USAID-funded projects during the period reviewed in the GAO audit. Both prior to and during the grant period, Juzoor ran a program that arranged meetings between teenagers and convicted Palestinian terrorists; in addition, its staff members glorified violence against Israelis.

The massive funding to Juzoor is a prime example of how terror-promoting actors can receive US government funding when vetting is insufficiently robust and effective.

Juzoor has been a secondary grantee on a number of USAID- funded programs:

In at least 2007–2014, Juzoor maintained a Jerusalem Youth Parliament (JYP), “…designed to actively engage young Jerusalemite Palestinians ages 12 to 17 (as well as their parents and teachers) in active citizenship and to raise awareness of their Palestinian identity.” (According to a November 30, 2014 article, JYP was still active and directed by Mosab Abbas and Basel Abed. It appears that Abbas has been the general coordinator of JYP program since at least 2008.)

JYP hosted events with convicted terrorists, members of the US-designated terrorist organization the Popular Front for the Liberation of Palestine (PFLP), and their families, and held pro-BDS and anti-normalization activities for children. 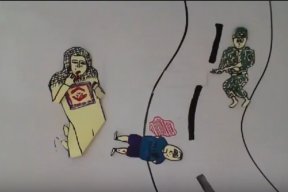 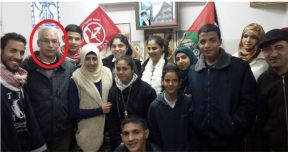 JYP children with Yasin Abu Khdeir, a PFLP member who was sentenced to life and given 28 years for his terrorist activity. 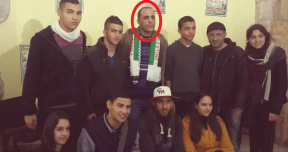 JYP children with Ahmed Khalaf imprisoned in Israel 21 years for stabbing and throwing a Molotov cocktail. 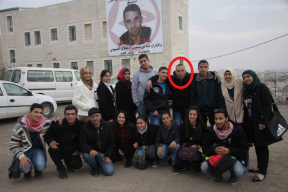 JYP children with Jamal Abu Jamal, a PFLP member, sentenced to 22 years in prison for attempting to stab an Israeli soldier. 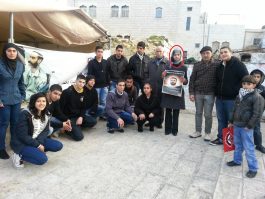 JYP children with Shirin Al-Issawi. On the far right, a child is holding an official DFLP poster.

In addition to introducing children to PFLP terrorists, JYP staff also utilized social media to celebrate PFLP terrorists and promote the organization, while the NGO was receiving US funds.

The International Research and Exchanges Board (IREX) is a US-based organization that received $14.4 million in 2013-2017 from USAID.  In implementing this youth-focused grant, IREX contracted with multiple sub-grantees, many of which glorified violence and expressed support for convicted terrorists – both prior to and during the grant period. 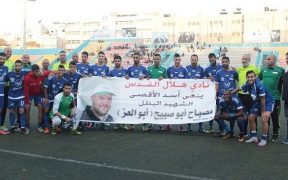 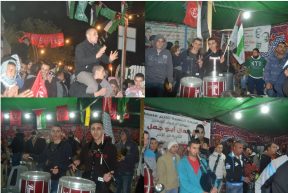 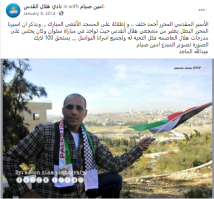 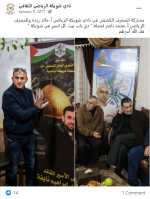 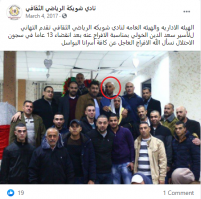 Members of the executive and general committees meeting with Al-Khouli

USAID is currently providing $24.5 million to Catholic Relief Services (CRS) for its 2016-2022 “Envision Gaza, 2020” program.  In this context, CRS has partnered with several sub-grantees, including those that celebrate Palestinian terrorists.  These include: 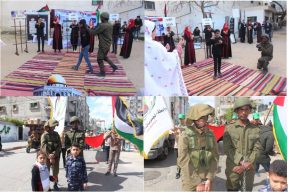 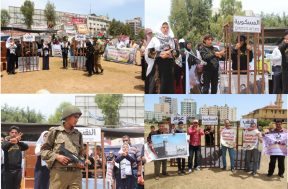 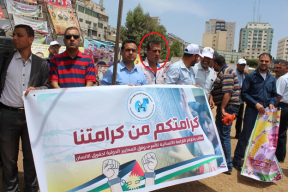 Circled in red: El-Amal Chairman of the Board Ziad Al-Abed participating in the event

Left: Children of El-Amal Rehabilitation Society School for the Deaf children preformed the song “water and salt” (also written on yellow slips of paper on their shirts); Right: preforming as a soldier holding a toy gun to a detainee’s head. 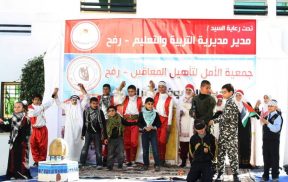 El-Amal School for the Deaf children participating in the society’s event. Two children are dressed in military uniform and point a toy gun at a third child who is kneeling and blindfolded