Prepared for presentation in the Knesset, July 30 2013 at the founding session of the inter-party caucus to confront antisemitism.

On July 20, a rock music concert in Belgium, featured a blatant antisemitic display, in the form of a large black balloon in the shape of a pig with a magen david. The other balloons on display used themes depicting the world’s most dictatorial regimes. The singer at the concert, Roger Waters, is one of the main European celebrities promoting the demonization of Israel through a campaign of boycotts, divestment and sanctions.

This was not an example of legitimate criticism of Israeli policies, or an isolated or fringe action, but rather an all too familiar sight, particularly in Europe, of modern antisemitism in the form of hatred of Israel and Zionism. As Professor Robert Wistrich has demonstrated in detail, the antisemitism that was directed at individual Jews for more than 2000 years is now directed at the Jewish collective – Israel. Zionism is the target of hatred – the right of the Jewish people to national self determination and sovereign equality, a state of our own, where we can speak our language, develop our culture, and guide our own destiny like the other nations of the world. Today’s antisemites demonize and delegitimize this basic right of the Jewish people.

Anti-Zionist antisemitism often includes Christian and Moslem theological themes – Jews cannot have a state or sovereign equality because we have been rejected by God, killed Jesus and rejected Mohammed, or simply “dhimmis” — a second class people. The Christmas cards, appeals by groups such as Christian Aid, and television specials during Ramadan shown from Iran to the Palestinian Authority and North Africa are filled with such poison. Recently, Miftah — a major Palestinian organization headed by Hanan Ashrawi – repeated the classic antisemtic blood libel on its Arabic website, among other examples. And Badil, another powerful Palestinian NGO, awarded a prize to a cartoon featuring classic antisemtic themes. No peace process can have any legitimacy while this unacceptable behavior continues.

As part of this political war, we are denied the right of self-defense. More than 1000 Israelis were murdered in mass terror attacks with many more injured, and the UN Human Rights framework with their NGO allies accuse us of “war crimes” and “violations of international law”. Such false accusations as published in the infamous and discredited Golstone report are part of this anti-Zionist antisemitism, singling out Israel with double standards that apply to no other state.

Modern antisemitism targeting the collective Jewish state is also reflected by increasing comparisons between Israel policies and self-defense against terror and the behavior of the Nazis. Like blood libels and other examples of classical antisemitism, those who use this odious comparison as a form of demonization must be condemned.

But we would not be doing our job as academics, researchers, Israeli government officials, members of the Knesset, Jews and Israelis if we did not go beyond documenting and protesting against this “new” antisemitism.

In fighting this moral war, our main capabilities are also moral – particularly through a process known as “naming and shaming”. Israelis, not only government officials, but the general public, must be more active in denouncing every example of double standards and demonization of Israel, as well as Nazi comparisons and repetition of classical antisemtic theological themes. Today’s wars are often fought in the media, and the language of morality is central to public diplomacy. Denunciations of immoral behavior, including that of the United Nations and the organizations that claim to promote human rights and other moral principles, are essential in this war.

In addition, we must name and shame the enablers – the governments and foundations that provide hundreds of millions of dollars and Euros to organizations. This money is allocated in highly secretive processes in which ministers, members of parliaments and other officials are entirely dependent on the biased agendas of low-level functionaries and the self-reporting of the organizations themselves. The ministers and governments from Norway, Holland, Sweden the European Union, and elsewhere, who fund such groups and activities must be confronted for promoting modern antisemitism. To be effective, this process must not become a partisan political issue, but include the active participation across the Zionist political spectrum.

And we must stand up to the bullies in British academic trade unions who are a central part of this dirty war, including assaults on colleagues such as Ronnie Fraser who have the courage to state their support of Zionism and the right of the Jewish people to self determination. A legal panel in Britain dismissed Fraser’s detailed evidence of antisemitism, and condescendingly concluded that “the Zionist project” and “an attachment to Israel” are “not intrinsically part of Judaism”.

As a Jew and Israeli, I thank MK Shimon Ochayon for recognizing that the members of the Knesset, as our democratically elected representatives, have a central role to play in educating the public and in leading the efforts both in Israel and around the world that are necessary to defeat the disease of antisemitism in its modern form. 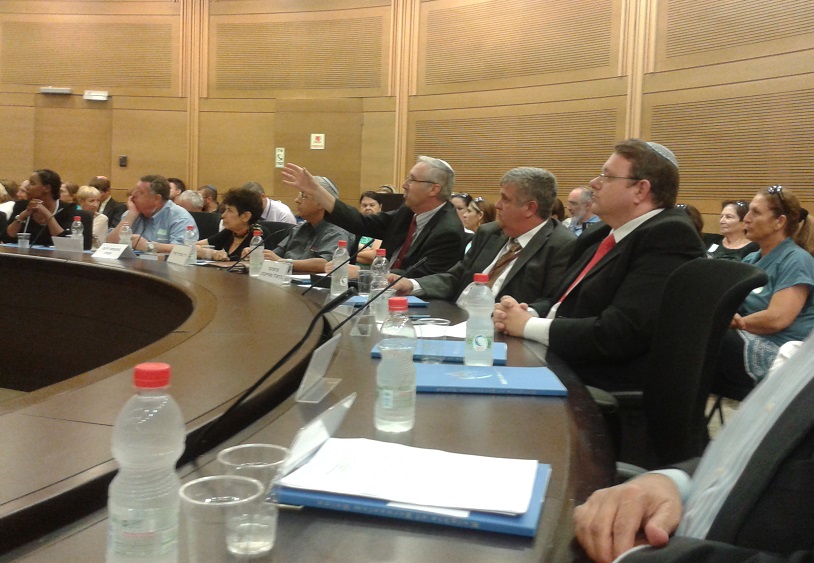 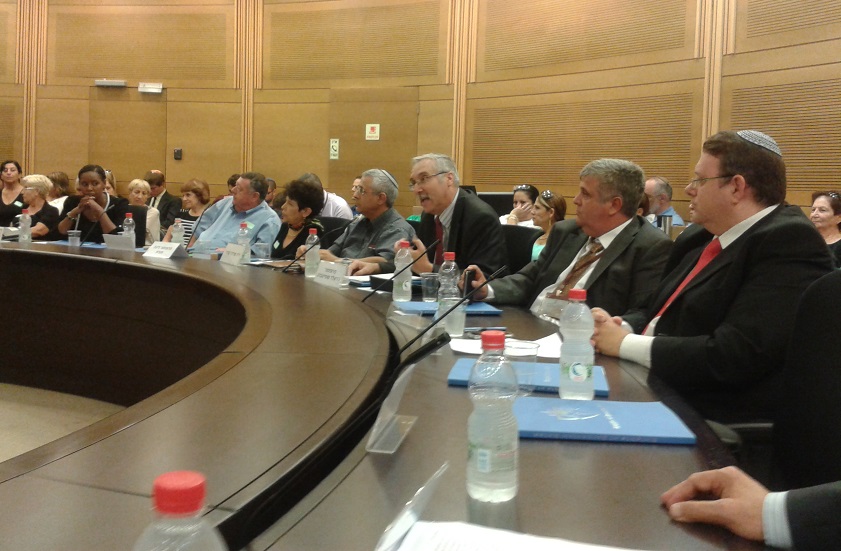 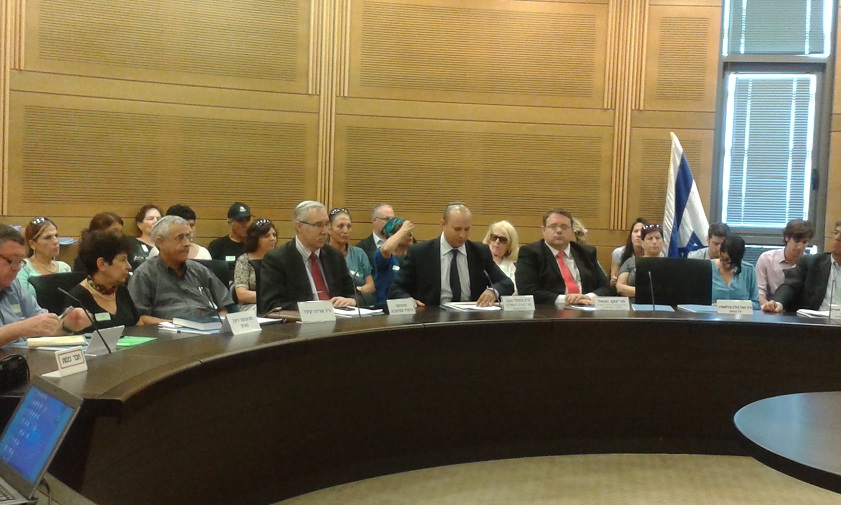 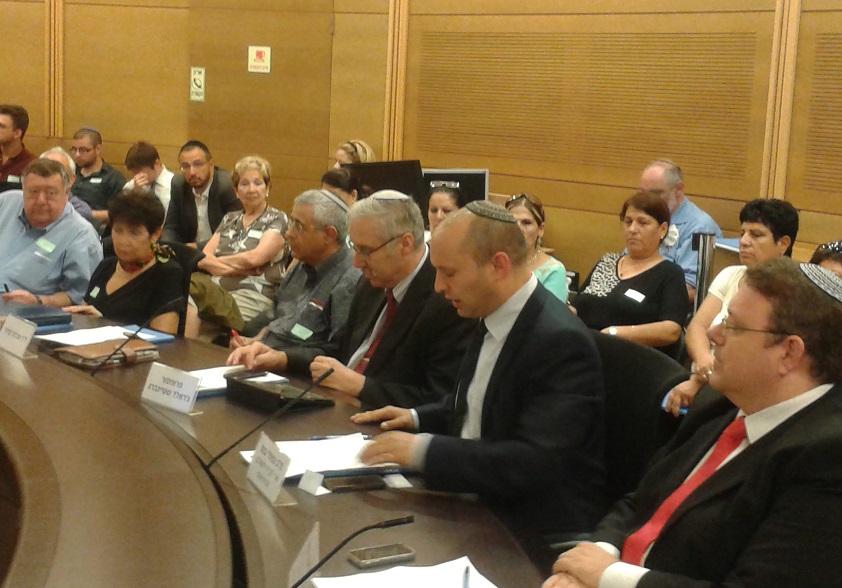