On May 21, 2021, the Belgian Ministry of Development Cooperation announced a commitment of €8 million in humanitarian aid to Gaza following the fighting that took place that month.

Disturbingly, some employees of this Ministry, responsible for reviewing, approving and distributing international aid, have previously expressed support for acts of violence and praised Palestinian terror on their social media accounts. Several of these government employees’ posts include violent and antisemitic imagery.

Throughout the course of the 2014 Gaza War, Nahla posted several cartoons supporting terrorism: 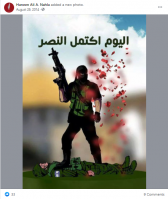 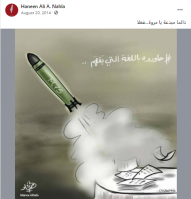 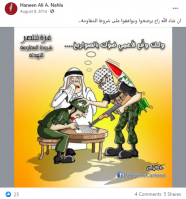 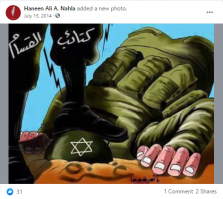 In 2017, referring to two relatives who were killed in clashes with the IDF, De Bock wrote in a Facebook post,1 “Abu Ali died in the struggle for a free Palestine and so did his nephew Basel two days ago. It is our duty to continue their fight, enduring [sic] a better future for the Palestinian people.” 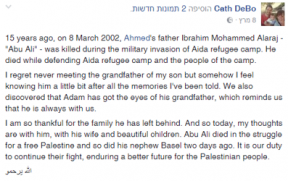