The 12th World Social Forum (WSF) is taking place on August 9-14, in Montreal, Canada. The WSF identifies itself as the “largest gathering of civil society to find solutions to the problems of our time.” This year’s conference includes a variety of workshops, lectures, and performances that are “opposed to neoliberalism and to domination of the world by capital of any form of imperialism, and are committed to building a planetary society directed towards fruitful relationships among Humankind and between it and the Earth.”

The WSF is notorious for promoting anti-Israel, and even antisemitic themes. Dr. Shimon Samuels, the Simon Wiesenthal Center’s Director for International Relations, maintains that the WSF has been “hijacked by the Palestinian cause.”

This year’s gathering is no exception, as can be noted by the excessive amount of events, attending organizations, and posters that exhibit obvious biases towards Israel and even antisemitism. One conference, which the WSF cancelled, was entitled “Terrorizm, Wahhabism, Zionism,” and was advertised with a cartoon image of a Jewish man eating an Uncle Sam character, eating a Wahhabi man.

Due in part to this blatantly antisemitic image, the Canadian government revoked its sponsorship of the WSF, and Liberal MP Anthony Housefather noted that, “The World Social Forum had on its website caricatures that were reminiscent of the Nazi era.” The WSF also notes that many conference attendees were denied tourist visas by Canadian immigration authorities. Additionally, the mayor of Montreal spoke in opposition of the conference’s support for BDS (boycott, divestment, and sanctions), however local university and city sponsorship of the WSF remains.

The WSF mimics the goals and strategy laid out at the 2001 Durban Conference, where the NGO network adopted the terminology and built the foundations for a concerted campaign to isolate and delegitimize Israel.

Several events in Montreal promote anti-Israel BDS tactics. Other WSF panels demonize and delegitimize Israel, claiming it is an “apartheid state,” and advocate for the Palestinian “right of return” – a strategy designed to eliminate the Jewish state through demographics.

Moreover, in advocating for the “right of return,” the conference attempts to erase the Jewish connection to Israel. As explained by one participating organization, One State Assembly, this “right” includes the “right of all refugees and their families and descendants to return to their homes in Palestine and for non-Palestinian immigrants and their descendants to remain as full participants in a non-Zionist, non-racist, and non-exclusionist society.”

The WSF advances the canard of “apartheid” by proclaiming that it has “taken a stand to exclude all people, organizations or activities that promote any kind of oppression, supporting Palestinians and all the people struggling from emancipation and freedom.” As MP Housefather stated, “They’re not focusing on human rights violations in Iran, in North Korea, in all these anti-democratic countries, but in democratic Israel.”

As NGO Monitor research notes, biased and politically active NGOs, such as Canadian Friends of Sabeel, War on Want, Kairos Palestine, and Israeli Committee Against Home Demolitions (ICAHD), are at the forefront of the organized effort to demonize Israel. All of these groups, and many more, are either participating in or sponsoring this year’s WSF gathering. 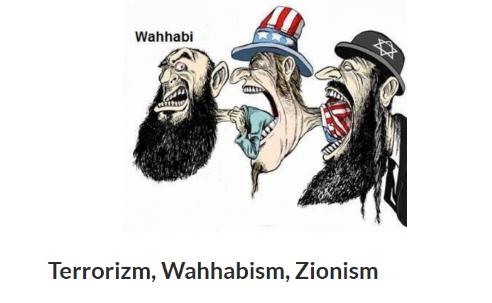