According to NGO Monitor, EU funds are going to organizations involved in anti-Israel boycotts and violent demonstrations, which “undermine the EU’s efforts to secure peace in the Middle East.”

According to NGO Monitor, the report, titled “Lack of Due Diligence and Transparency in European Union Funding for Radical NGOs,” shows how EU-funded NGOs lead the campaigns to demonize Israel through the boycott, divestment and sanctions (BDS) – actions that “totally contradict the EU’s proclaimed objectives of supporting peace and democratic development.”

Prof. Gerald Steinberg, president of NGO Monitor said, “The EU’s grantees are centrally involved in the 2001 Durban NGO Forum’s strategy of political warfare and demonization of Israel. The Coalition of Women for Peace (CWP) and its allies are driving Europe’s double standards that single-out Israel through product labeling. 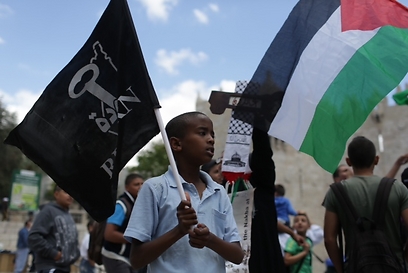 “The EU refusal to release any significant documents that shed light on funding decisions reflects a clear violation of transparency principles, and allows for highly irresponsible EC actions,” he stated.

Examples of alleged misdirected and unsupervised funding are examined in the NGO Monitor report:

Coalition of Women for Peace (CWP) received funding from the European Instrument for Democracy and Human Rights (EIDHR) (“Empowering Women, Building Peace” – $328,000) and from the PfP – Partnership for Peace (“Addressing Fear: Strengthening the Nonviolent Alternative” – $470,000).

NGO Monitor said CWP is a “leader in BDS and demonization campaigns, and in sponsoring ‘Nakba Day’ activities that amplify the Palestinian narrative.” According to the report, CWP’s partners in the PfP grant include the Palestinian Popular Struggle Coordination Committee (PSCC), which organized protests that have often turned violent, and Nova, a radical Spanish political NGO.

As the report details, CWP’s agenda is also reflected in the participation of its activists in demonstrations carrying flags of the Popular Front for the Liberation of Palestine (PFLP), categorized by the EU as a terrorist organization.

“The study emphasizes the fundamental damage caused by extreme secrecy and the lack of due diligence in the European Commission’s decision-making for funding radical NGOs,” continued Steinberg.

“The facts clearly demonstrate that either the officials involved were unaware of the groups chosen to receive taxpayer funds, or that they chose to promote NGOs that fuel the conflict and promote confrontation, under the façade of ‘non-violence,'” he said.

The EU report follows an NGO Monitor report presented in Washington in May on US Government funding for several Middle East political NGOs.