On March 6, 2018, British journalist David Collier exposed a virulently antisemitic Facebook group, “Palestine Live,” whose members have included politicians (such as UK Labour leader Jeremy Corbyn and his son/advisor), journalists, and activists from prominent human rights non-governmental organizations (NGOs, see “Antisemitism Inside Palestine Live (a Facebook Group)”). In a subsequent March 2019 report, “Americans Inside Palestine Live,” Collier identified several additional examples of NGO officials in the group. These NGOs include Amnesty International, Medical Aid for Palestinians, EuroMed Rights, and Jewish Voice for Peace. (Examples from the latter, discussed below, can be found in the second installment of his report “Antisemitism Inside Palestine Live (a Facebook Group)”.) It is likely that as more information on this group is made public, additional NGO activists will be identified.

Posts to this group regularly involve heinous antisemitic tropes, imagery, and language – such as conspiratorial posts blaming the Rothschild family for WWI and WWII and Jews for 9/11 and other terror attacks; images featuring Jewish people portrayed as octopuses, monsters, and pigs; and the use of neo-Nazi rhetoric such as the term “Zios.” There is also blatant Holocaust denial rampant in the group; articles regarding “The Real Holocaust of World War Two – The Genocide of +15 Million Germans,” “Holocaust: The Greatest Lie Ever Told,” and “The Jews and the Concentration Camps: No Evidence of Genocide” that are shared and “liked.” 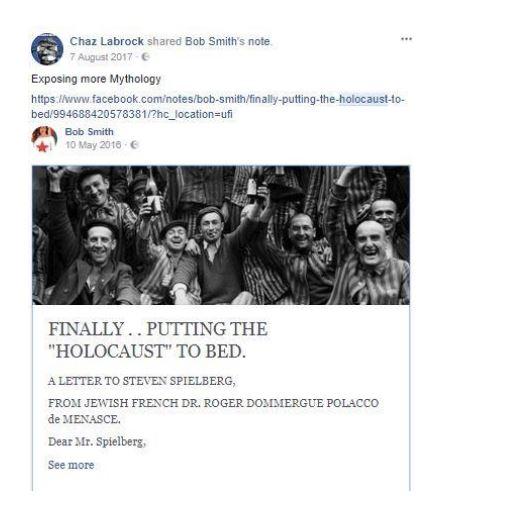 The following reviews a selection of staff from prominent NGOs that are/were members of Palestine Live:

David Birkett, who describes himself as a fundraiser for Amnesty International UK, shared highly antisemetic articles and statements, including Holocaust denial in the group and on his personal Facebook page. 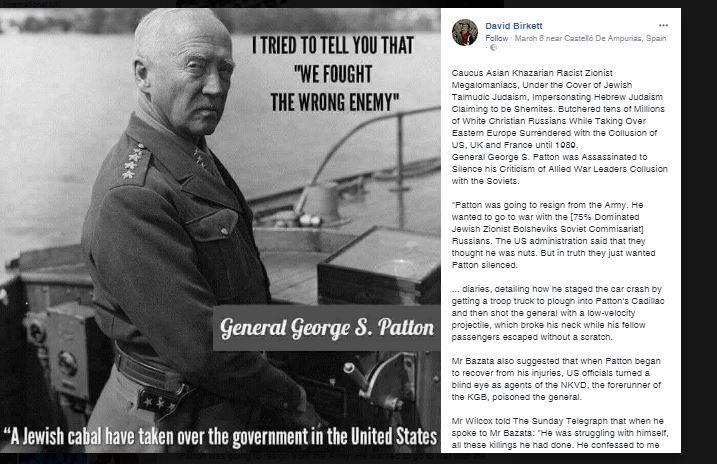 Aimee Shalan, CEO of Medical Aid for Palestinians (MAP), a group that promotes distorted and false narratives and demonizing rhetoric under the guise of medical expertise and scientific fact, is active in the group.

ICAHD founder and former director Jeff Halper is a member of Palestine Live. Halper frequently engages with others in the group, many of whom post antisemitic conspiracies.

Jennifer Loewenstein, a member of the US board of ICAHD, joined Palestine Live the day it was created. 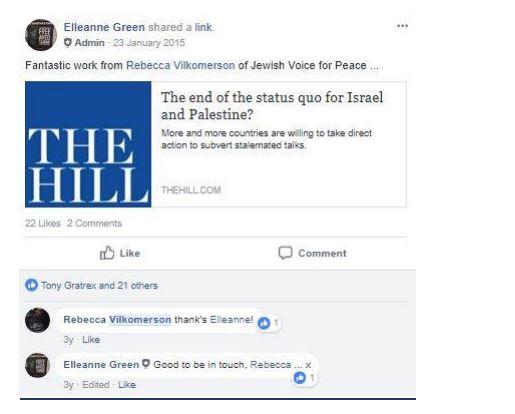 Pam Bailey, international secretary for EuroMed Rights, is a member of Palestine Live.

Director of Kairos USA Mark Braverman has been a Palestine Live member since 2014.

Other NGOs whose activists are members of Palestine Live include CAABU (Chris Doyle), Electronic Intifada (Asa Winstanley and David Cronin),  War on Want (Asad Rehman), Palestine Solidarity Campaign (Sara Colbourne – former director), Avner Gvaryahu, Executive Director Breaking the Silence, appeared on the list of group members. However, he claimed that he was added to the group without his knowledge.