On May 17, 2017, the European Parliament passed a resolution concerning the Middle East peace process, which “stresses the responsibility of relevant EU authorities in continuing to ensure that no EU funding can be directly or indirectly diverted to terrorist organisations or activities that incite these acts” (emphasis added). This unprecedented and welcome commitment provides a foundation for the EU to address its funding to civil society and to challenge the notion that all support for non-governmental organizations (NGOs) has a positive impact. In recent weeks, the issue of European government funding to NGOs active in the Arab-Israeli conflict has gained considerable traction, following Norway’s and Denmark’s withdrawal of funding from a Palestinian NGO that glorified terror. Denmark additionally froze its funding to all NGO beneficiaries of the Human Rights and International Law Secretariat (the Secretariat), pending an investigation. The Secretariat is a joint funding mechanism of the Danish, Dutch, Swedish, and Swiss governments.

In light of these developments, we would like to bring your attention to EU funding to organizations that incite violence and/or justify terror.

In February 2016, PAC organized a ceremony in honor of “Palestinian martyrs” whose homes were demolished, featuring the “father of the martyr Baha Eleyan” as a speaker (NGO Monitor translation). Eleyan was one of two terrorists to board a bus in Jerusalem in October 2015 armed with a gun and a knife, murdering three and injuring seven. The same ceremony featured a musical performance captioned “no to laying down guns” (NGO Monitor translation). 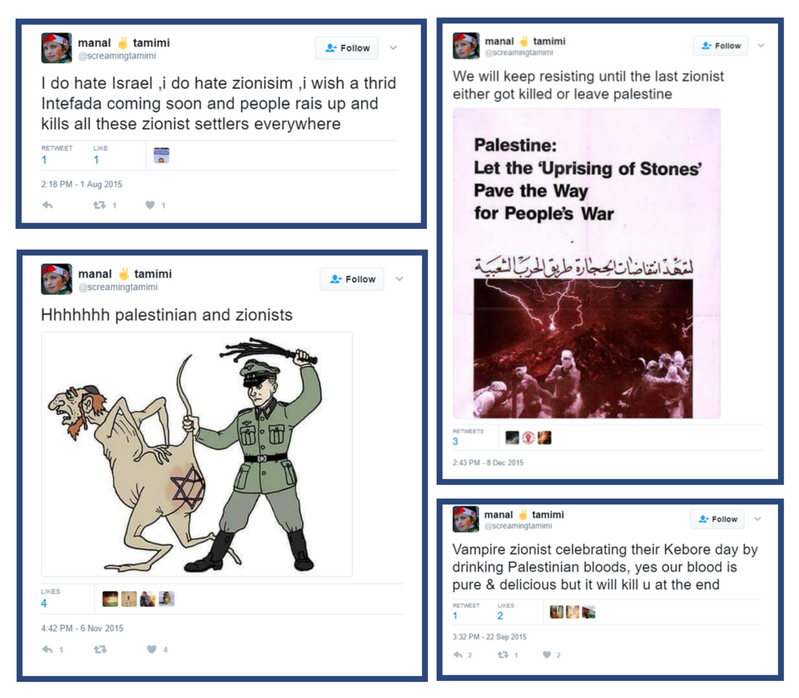 Far from condemning her actions, WCLAC instead filed a complaint with the United Nations over the “Frequent targeting of Palestinian human rights defender: Mrs. Manal Tamimi.”

In February 2017, Tamimi was invited to speak at an EU-funded conference in Barcelona on “preventing violent extremism.”

These are clear examples of the failure of the EU to examine the activities, rhetoric, and impacts of its grantees.

While there is no doubt as to the EU’s commitment to promoting human rights, our findings point to a clear lack of oversight and accountability, resulting in EU funding that is
detrimental to this endeavor.

We call on the EU to follow Denmark’s example and to freeze its funding to such organizations pending a thorough review of its funding to Palestinian NGOs.