The banner of human rights provides non-governmental organizations (NGOs) around the world with a halo of credibility and impartiality, enhancing their access to funding and to decision making processes. Unfortunately, many NGOs routinely exploit the rhetoric of universal human rights and international law to promote narrow ideological and political campaigns.

Several government-funded NGOs involved in the Arab-Israeli conflict go further, using the façade of human rights and international law to blur the lines between “peaceful” and “nonviolent” campaigns, on one hand, and violent “resistance” including attacks against civilians, on the other. Some of these organizations also have ties to the Popular Front for the Liberation of Palestine (PFLP) – a designated terrorist organization by the EU, US, and Israel. The term “resistance” is used by Palestinians to refer to armed groups that carry out attacks against Israel – including the PFLP, Hamas, and Islamic Jihad – and is used in this way by many of the NGOs discussed in this report.1

By exploiting the language of human rights and by working together in a tight network, these groups are able to amplify their claims, garner undue exposure, and gain legitimacy for their radical ideologies. Their messages, which are in blatant defiance of their funders’ policies, resonate in a global context of rising populism and increasing extremism that rewards fearmongering, incitement, and misleading rhetoric.

The examples that will be presented in this report are symptomatic of an overall lack of accountability and scrutiny in government funding to NGOs, in particular those that are politically active in the Arab-Israeli conflict. This results in financial backing for groups that legitimize violence, in sharp contradiction to French government commitments to facilitating a negotiated two-state framework.

In order to address this issue effectively and reduce such funding, NGO Monitor recommends:

From 2013-2016, the French regions Auvergne-Rhône-Alpes and PACA provided €89,167 and €35,000 respectively for a project implemented by the Mouvement pour une Alternative Non-violente (MAN) and the Center for Freedom and Justice.2 The Palestinian NGO Center for Freedom and Justice’s leader Mousa Abu Maria describes himself as a “non-violent peace activist. ” Abu Maria was convicted in 1999 for his involvement in the Islamic Jihad Movement in Palestine (PIJ), a terrorist organization recognized as such by the US, EU, and Israel. 3

From 2012-2014, France provided the Union of Agricultural Work Committees (UAWC) with €301,176.4 UAWC is identified by Fatah as an official PFLP “affiliate,” and by USAID as the “agricultural arm” of the PFLP.5

In 2015, MAEI provided Al-Haq with €27,842.6 Al-Haq is a leader of anti-Israel “lawfare” and BDS (boycott, divestment, and sanctions) campaigns. Al-Haq General Director Shawan Jabarin, who is also the vice president of the International Federation of Human Rights (FIDH), was convicted in 1985 for recruiting members for the PFLP.7

In 2011, the Consulate General of France in Jerusalem (CGF) granted the Union of Palestinian Women Committees (UPWC) with €15,000. According to the Institute for Palestine Studies, UPWC is politically affiliated with the PFLP.9 In 2017, UPWC declared that normalization with Israel is treason.10

The French Agency for Development (AFD) supports French organizations that disseminate blatant anti-Israeli rhetoric and that are active in prohibited discriminatory boycott campaigns against Israel (according to the Court of Cassation). Senior staff members of these organizations also express sympathy for convicted terrorists.11 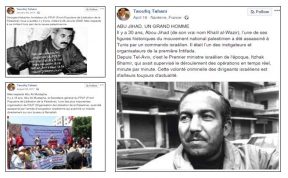 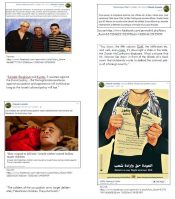 Since 2011, CGF has funded the Burj Luq-Luq Social Center. According to Palestinian Media Watch (PMW), an NGO that reports on incitement, “[in 2012] the Burj Luq-Luq Social Center Society organization performed a puppet show for children in East Jerusalem to promote non-smoking. The educational message delivered by the puppets instructed children to replace cigarettes with machine guns.” The play further states that “I wanted to stand before the audience and sing to Jerusalem, which is being kept from us. Jerusalem, whose youth are being killed by the Jews, to sing and to say:  Jerusalem, we are coming, Jerusalem, the time of death has arrived. Jerusalem, we will not surrender to the enemies or be humiliated” (emphasis added).28

French Government Recognition of the Misuse of its Funding

The French government recognized the phenomenon of problematic funding, when in 2018, it pulled its funding to the radical Jewish French Union for Peace (UJFP).

In October 2017, it became publicly known that UJFP was receiving funding from the French government for a project to combat racism. Abusing its government funds, UJFP published a book demonizing Israel and making false accusations against Israel and France. It also produced video clips that compare Zionism to Nazism and alleged that Zionism is antisemitic.

Parliamentarians, Jewish organizations, and journalists were alerted to this troubling misuse of taxpayer funds. Parliamentarians submitted parliamentary questions and inquiries on this matter, and the issue was published in the well-known French magazine Causeur.29

In February, the French government asked that its logo be removed from the UJFP website, halted the grant, and demanded the return of already disbursed funding.30