On July 6-7 2019, the Palestine Expo conference and exhibition was held at the London Olympia convention center in the United Kingdom. The event was organized by Friends of Al-Aqsa (FOA) and supported by other radical political advocacy non-governmental organizations (NGOs) including Palestinian Return Centre, Interpal, MEMO, Amos Trust, the Israeli Committee Against House Demolitions UK, and others (see below).

Organizers of Palestine Expo billed the event as a “unique experience, which proudly celebrates Palestinian art, history and culture.” They further claimed that the expo “combines the use of traditional forms of education with cutting edge technology to raise awareness about Palestine” and “brings people together to celebrate Palestine like never before.”

Notwithstanding the ostensibly innocuous educational premise, the event served as a platform for organizers and participants to espouse anti-Israel rhetoric, antisemitism, and promote BDS (boycott, divestment, and sanctions) as well as demonization and delegitimization campaigns. (In 2017, the Palestine Expo was nearly cancelled after concerns were raised by the UK Department for Communities and Local Government and then-Communities Secretary Sajid Javid about FOA’s connections and support of Hamas.)

In addition to concerns raised by UK government officials, FOA has a documented history of promoting boycotts against Israel and Western companies doing business with Israel, sending flotillas and convoys to Gaza, and delegitimizing Israel in Britain.

Participants included NGO officials and activists, journalists, and a number of parliamentarians from the around the world including the UK Labour Party, South Africa, and the European Union (EU). Many of the panel chairs and speakers have well-documented histories of support for antisemitism, Hamas, BDS, violence, and/or Holocaust denial. Examples include: 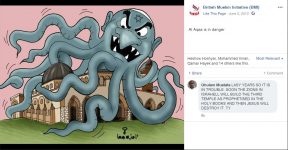 In addition to Friends of Al Aqsa, a number of other radical NGOs are listed as official supporters of Palestine Expo 2019. However, reflecting a lack of transparency, specific information related to finances and their sources were not provided.

While not being listed as official supporters, a number of other radical NGOs had representatives participating in panel discussions and had their materials and issues presented in exhibits. Examples include:

Speakers led and participated in a variety of panels, whose topics included open calls for BDS; false accusations of Israeli apartheid, “decolonizing Palestine,” and Islamophobia; alleged Israeli aggression against Gaza; and Jewish resistance to Israel. These topics are presented in a vacuum, without context, in order to shock visitors and present the illusion that Israel discriminately brutalizes Palestinians. For example, event organizers did not provide the context of terrorism that necessitates the security barrier or explain that water allotment was mutually negotiated and agreed between Israel and the Palestinians.

As the titles of some of the panels suggest, speakers took extreme positions, with some making outright false claims. For instance: 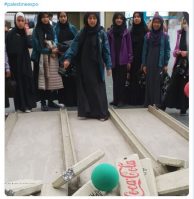 A number of UK groups – such as the Labour Friends of Israel (LFI) parliamentary group, the Israel Britain Alliance, and the Campaign Against Anti-Semitism – highlighted the blatantly politicized rhetoric and the demonizing content of the exhibitions. According to Jennifer Gerber, director of LFI, “Instead of celebrating Palestinian culture, history and arts, the Palestine Expo demonizes and delegitimizes the world’s only Jewish state.” Gerber added, “Labour MPs, MEPs, parliamentary candidates and NEC members should have no part in an event which promotes the pernicious BDS movement that does absolutely nothing to bring about peace in the Middle East.” Similarly, Michael McCann, director of the Israel Britain Alliance, labeled the event a “perversion of history, wrapped in multiple deceits, inside a propaganda machine that maintains Palestinian leaders in lives of luxury, and leaves ordinary Palestinians in penury.”

Independent MP Ian Austin, who left the Labour Party earlier this year over its failure to tackle antisemitism, summed up the event asking, “How does this help resolve the Israeli-Palestinian conflict? Campaigns for boycotts and sanctions or ‘Israeli-apartheid’ campaigns just drive the two sides further and further apart.”

Indeed, not a single event or exhibit at Palestine Expo 2019 advocated for coexistence, dialogue and/or “two states” —despite the centrality of these concepts in UK foreign policy.