On February 8, 2016, a letter initiated by MEP Julie Ward (UK) and signed by 49 MEPs, addressed to members of the Israeli Knesset, was published, immediately prior to a preliminary vote on legislation pertaining to foreign funding of Israeli NGOs. The MEP letter urged Knesset members “to refrain from legislative measures,” asserting that the proposal “is framed in a manner that delegitimises and demonises NGOs who promote and defend human rights, as well as the European states and institutions that fund them.”

In sharp contrast to their stated concern for Israeli “organisations, artists, writers, and thinkers” and Israel’s “standing in the world,” several of the signatories have frequently participated in clear demonization, such as BDS and similar anti-Israel initiatives, including campaigns to suspend the EU-Israeli Association Agreement. The discriminatory BDS actions would prevent appearances and activities by the Israeli artists that this letter purports to protect. 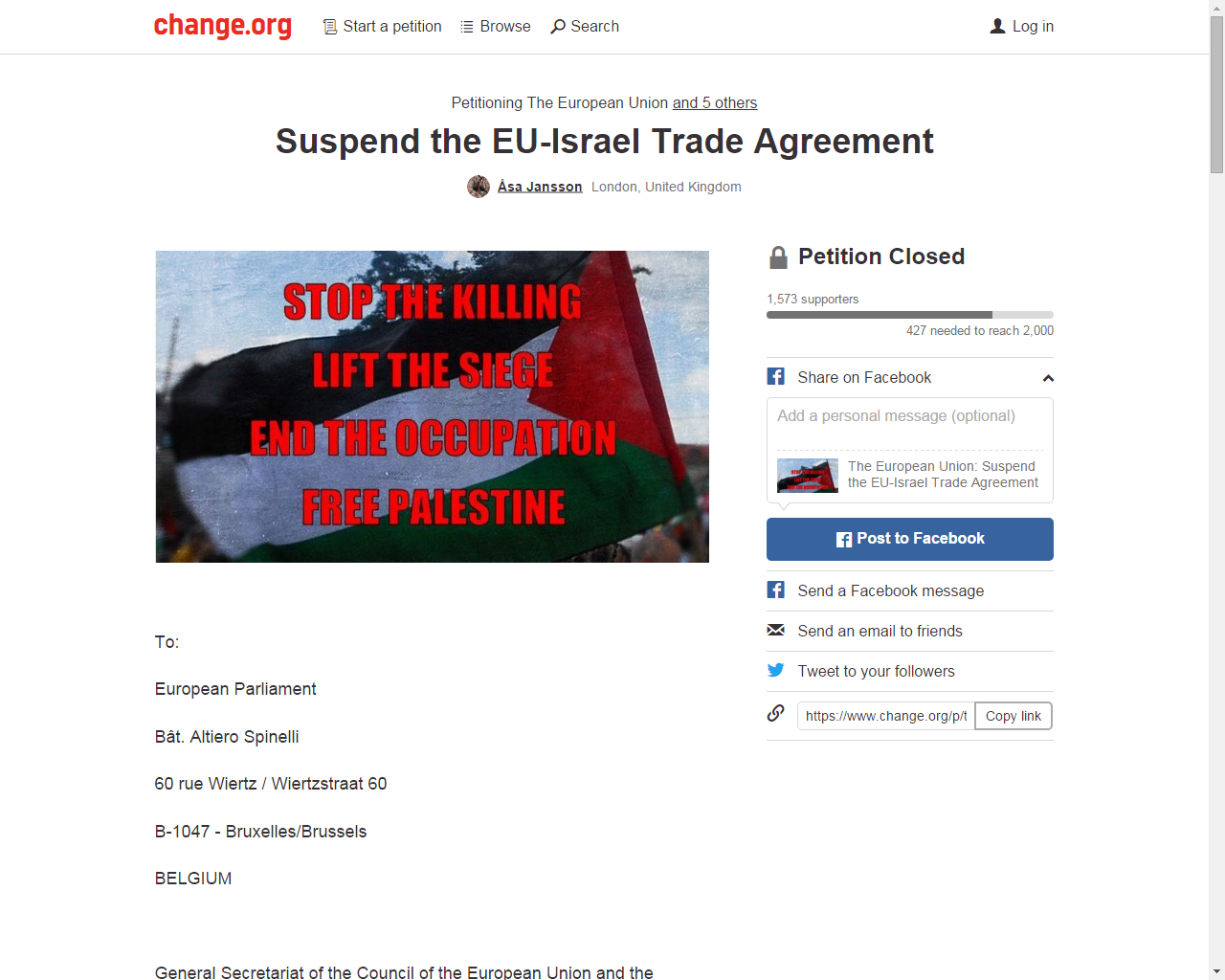 Signatories who also supposed the campaign against the Israeli company Elbit