[Opinion] Amnesty International and the Tragedy of Human Rights Day

Gerald Steinberg
The Times of Israel

On the occasion of International Human Rights Day, Gerald Steinberg discusses the failings and corruptions of Amnesty International, and highlights the organization´s discredited agenda. 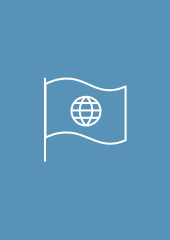 While Amnesty International may be considered the most prestigious international NGO, the organization is tainted by a number of scandals. In addition, systematic research shows that its publications contain systematic flaws, erroneous claims, and consistent bias against Israel.

In July 2010, Salil Shetty became the Secretary General of Amnesty International. His appointment follows a major decline in Amnesty's moral reputation and influence. NGO Monitor wrote to Shetty, asking him about the Gita Sahgal incident, Amnesty's bias in the Arab-Israeli conflict, the calls for an arms embargo against Israel, and the blog post of Amnesty-Finland's executive director referring to Israel as a "scum state."

Amnesty: Jihad in Self-Defense is Not Antithetical to Human Rights