On May 21, NGO Monitor sent an open letter to Danish Foreign Minister Anders Samuelsen in response to comments he made during his trip to Israel the previous week. NGO Monitor sought clarification on future Danish funding through the Human Rights and International Law Secretariat (Secretariat) to NGOs that incite to violence, justify terror and/or have alleged ties to terror organizations.

Following the ensuing correspondence (May 21-June 1), the Danish Ministry for Foreign Affairs announced that it was freezing all funds to the Secretariat until it conducted a thorough review into grantees’ activities, and had already demanded a repay from one grantee, the Women’s Affairs Technical Committee (WATC).

On June 1, NGO Monitor sent letters to the Foreign Ministers of the remaining Secretariat donor countries – Switzerland, Sweden, and the Netherlands.

NGO Monitor Open Letter to the Danish Foreign Minister, May 21, 2017 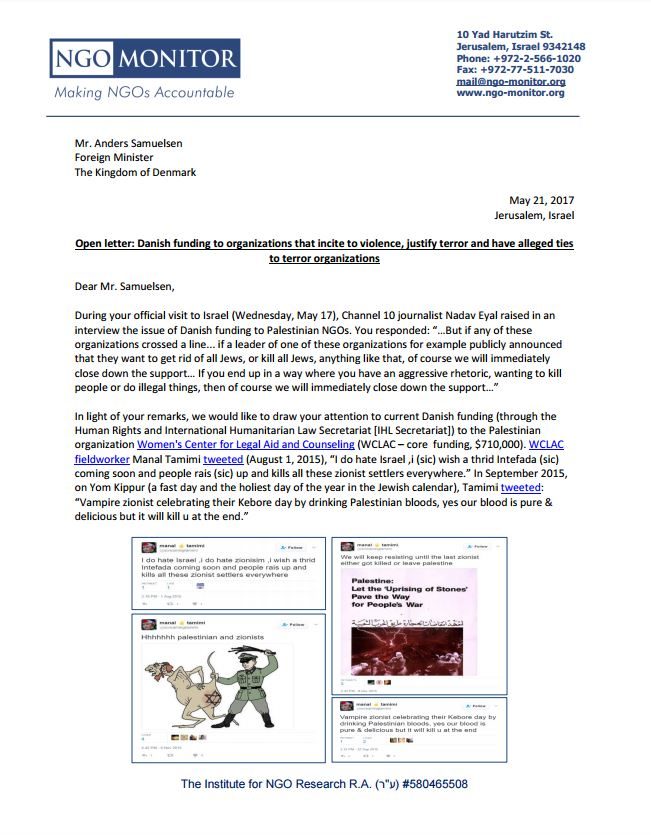 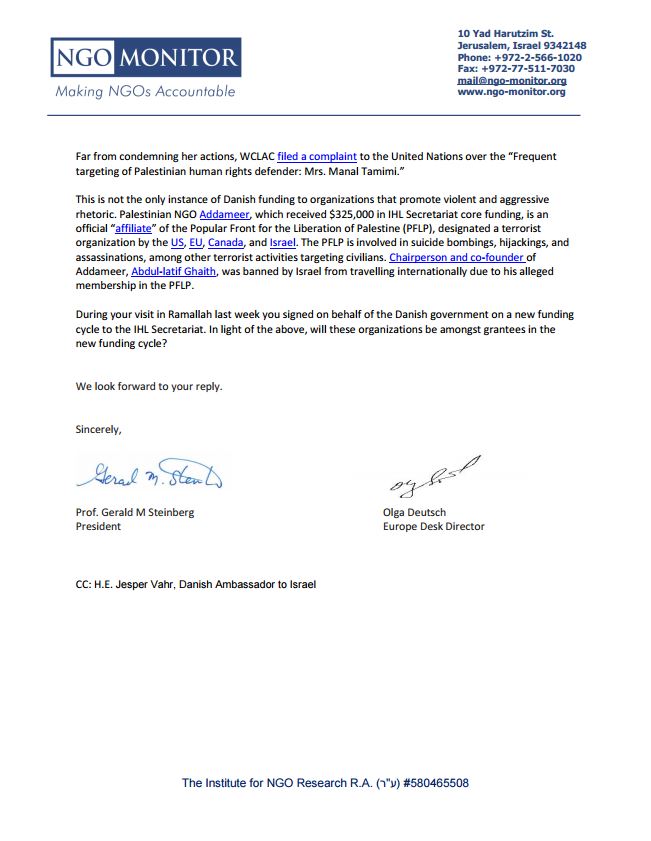 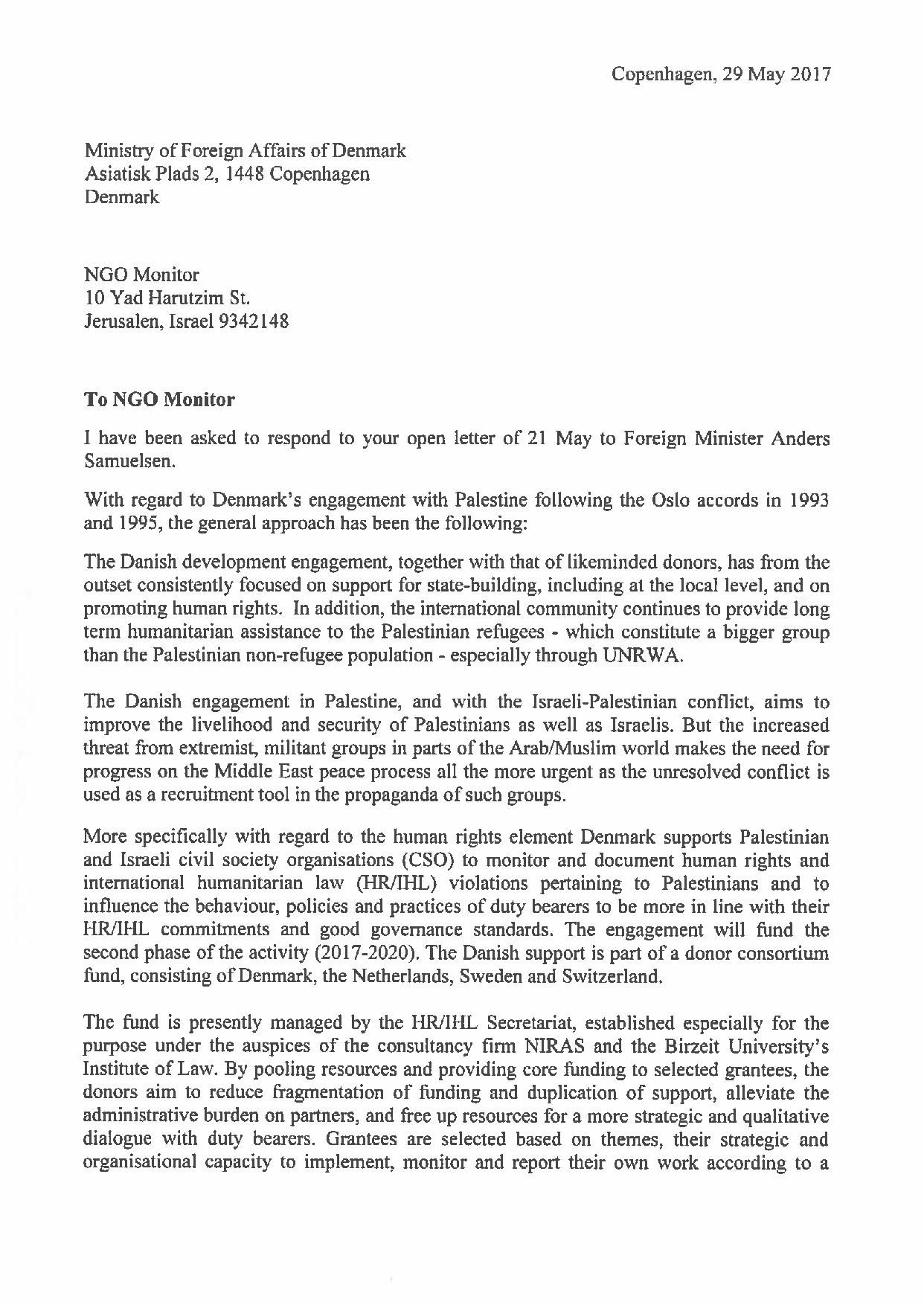 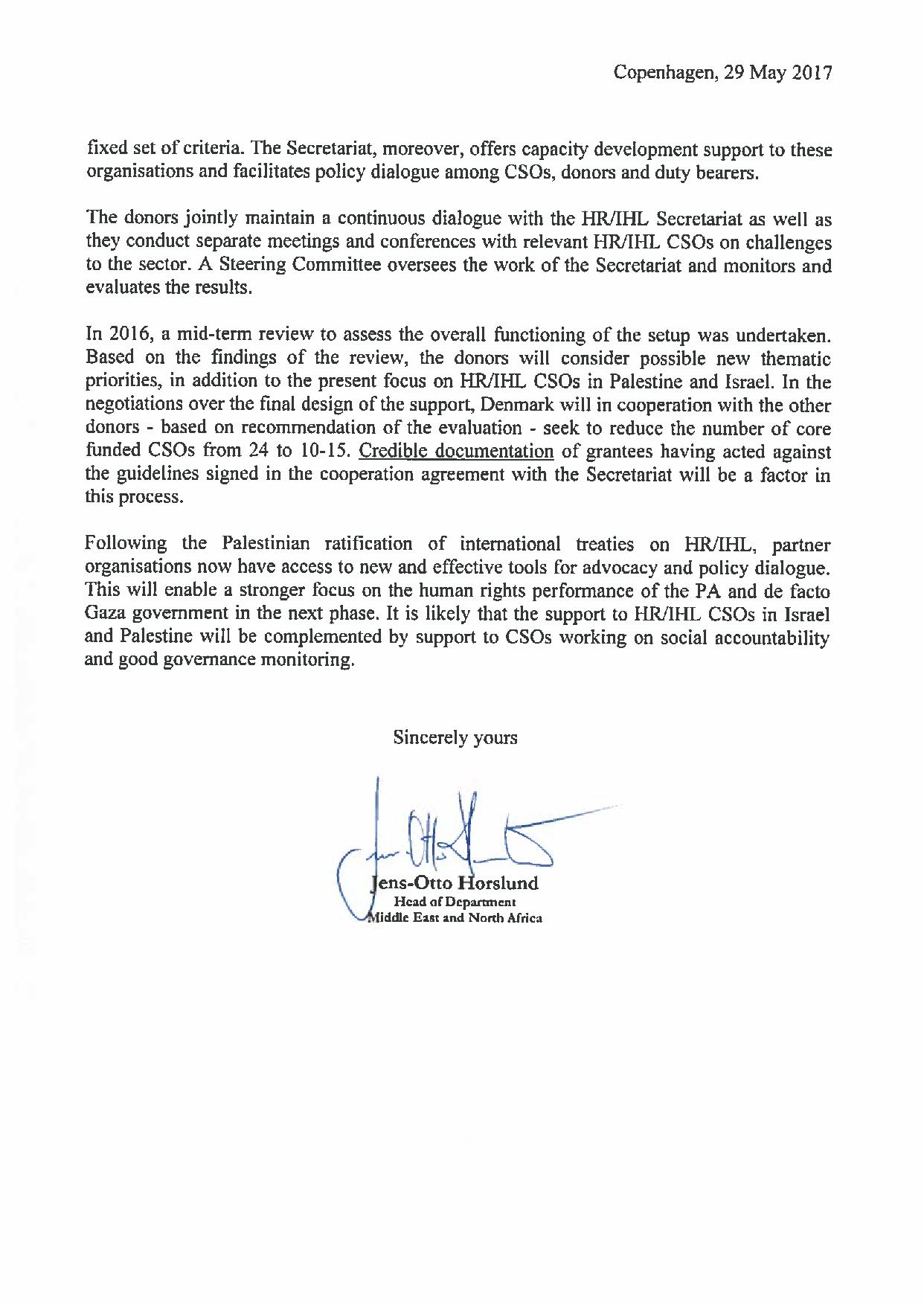 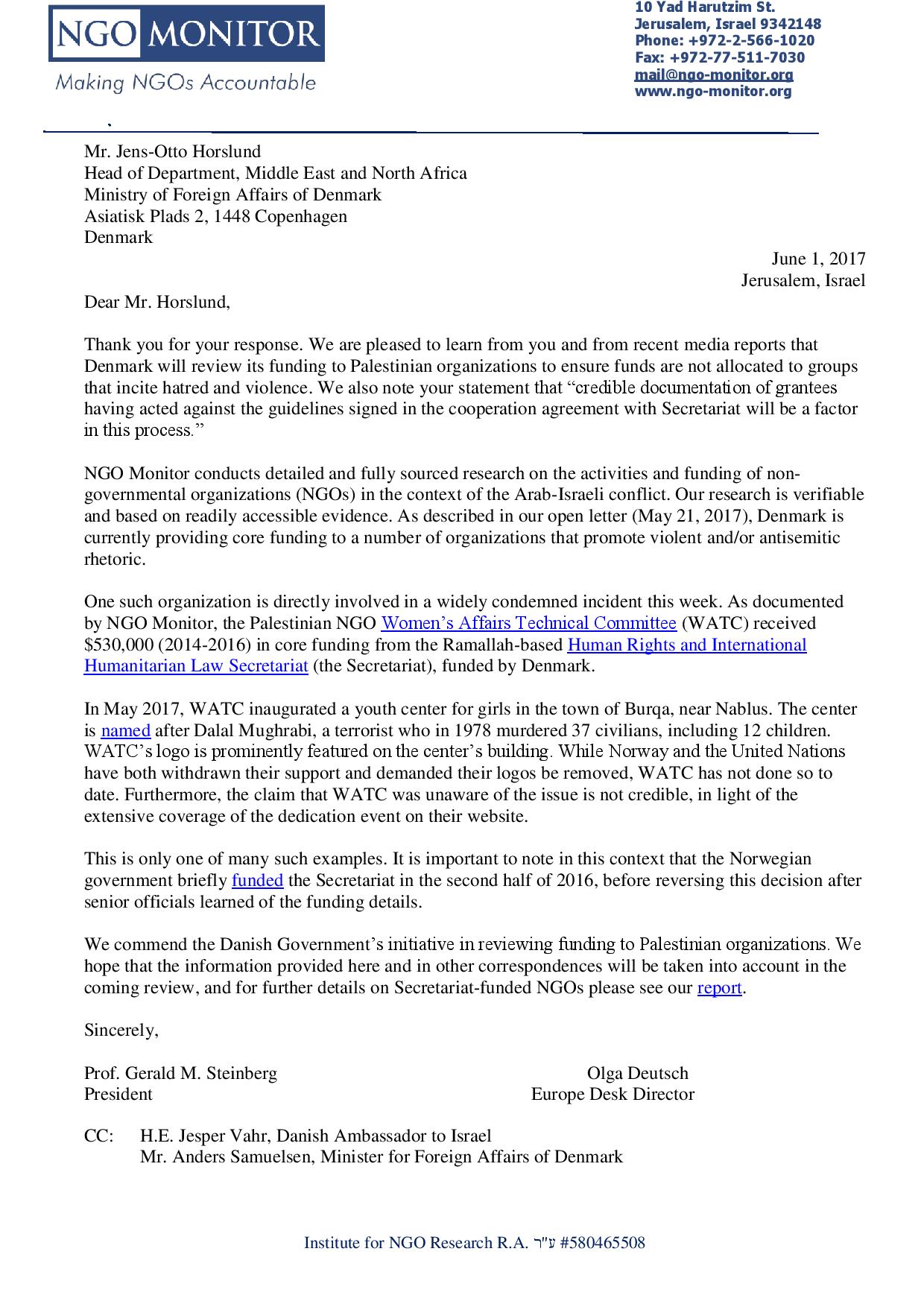 Denmark is one of four governments that funds politicized NGOs in the Arab-Israeli conflict through the IHL Secretariat. A number of these groups incite violence, have ties to terrorist organizations, and are leaders of BDS campaigns against Israel.

Denmark to Allocate Another $8 million to Radical Anti-Peace NGOs

The Danish government will announce an additional $8.3 million to the IHL Secretariat, a joint funding mechanism that distributes a large portion of its budget as core funding to radical Palestinian NGOs that incite violence and terrorism, are active in BDS campaigns, and engage in legal warfare against Israel.