The event, “Is EU Aid going to Hamas?” was organized by the European Friends of Israel (EFI) group and hosted by German MEP Arne Gericke. Prof. Steinberg spoke to a full room, with MEPs, political advisors, and other functionaries in attendance.

The European Union continues to channel millions of euros to highly politicized NGOs without proper supervision, transparency, or oversight. Many of these NGOs are active in the growing international political warfare campaigns against Israel, and do not further ideas of peace, reconciliation or a two-state formula. Furthermore, aid intended to fund humanitarian efforts has been channeled to Hamas or other terror groups.

A number of MEPs expressed concern over these findings and stated their intention to promote accountability and transparency within the EU frameworks.

The event constituted another step in NGO Monitor’s efforts to hold  European governments accountable for funding groups and projects that prove to be counterproductive to peace in the region.

Click here for more information on European funding for NGOs active in the Arab Israeli conflict. 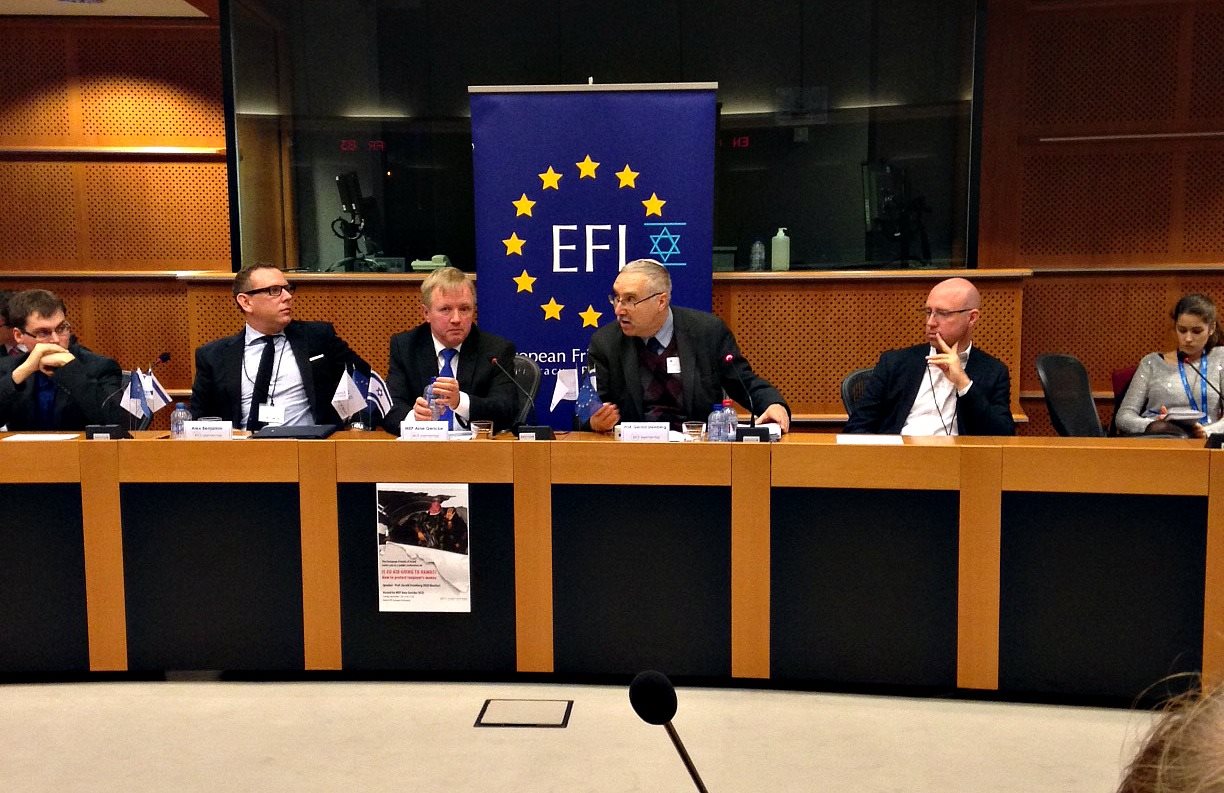 Book NGO Monitor to speak at your event

Topics in this Presentation

Funders in this Presentation