In May 2017, Danish Foreign Minister Anders Samuelsen agreed to provide an additional DKK 56 million ($8.3 million) for a renewed Secretariat funding cycle (2017-2020), as part of an overall funding package to the Palestinian Authority of $66.5 million. Denmark previously provided $5.7 million to the Secretariat in 2014-2016.

In May 2017, the Women’s Affairs Technical Committee (WATC) inaugurated a youth center in the town of Burqa, near Nablus. The center is named after Dalal Mughrabi, a terrorist who in 1978 murdered 37 civilians, including 12 children. Funding for this building was provided by Norway, UN Women (United Nations Entity for Gender Equality and the Empowerment of Women), and the Palestinian Authority Ministry of Local Government. Both Norway and UN Women strongly condemned the use of their funding for this center. 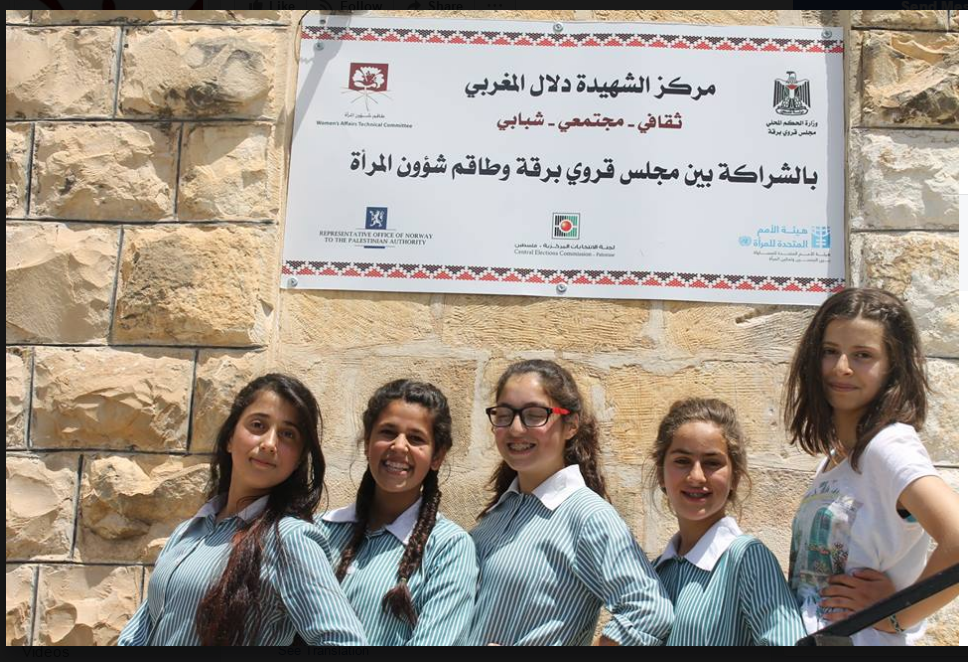 The WATC, which was responsible for rehabilitating the building and attended the inauguration (see screenshots below), received $530,000 (2014-2016) in core funding from the Ramallah-based Secretariat.

In response, on June 2, 2017, the Danish Foreign Minister stated:

“I am outraged that WATC, claiming to work for human rights, not just glorified a terrorist, but also abused the trust of a generous people like the Danish. It is totally unacceptable, and I cannot too strongly denounce it. Denmark and Danish tax money should under no circumstances be used for anything that in any way glorify or promote terrorism. Therefore, we now require of WATC that they pay Danish support back.”

“…it has been shown that WATC has published an article in its magazine in February 2016 on the terrorist, that the Women’s Center was named after in mid-May. The article makes the terrorist as a role model. It is also today announced that Director of WATC attended the inauguration of the center and the simultaneous naming.” 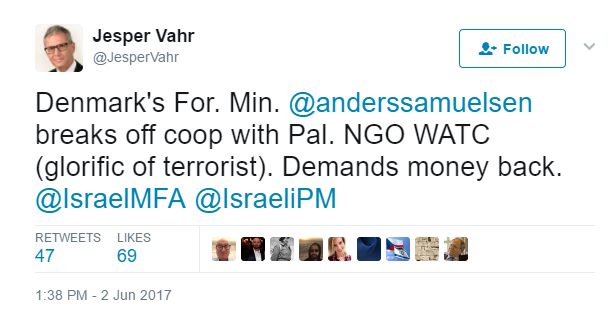 During his trip to Israel in May 2017, Danish Foreign Minister Anders Samuelsen acknowledged the need for due diligence while renewing funding to the Secretariat. In the context of criticism, including from Prime Minister Netanyahu, Samuelsen declared:

“…But if any of these organizations [funded by Denmark] crossed a line… if a leader of one of these organizations for example publicly announced that they want to get rid of all Jews….we will immediately close down the support… If you end up in a way where you have an aggressive rhetoric, wanting to kill people or do illegal things, then of course we will immediately close down the support…” 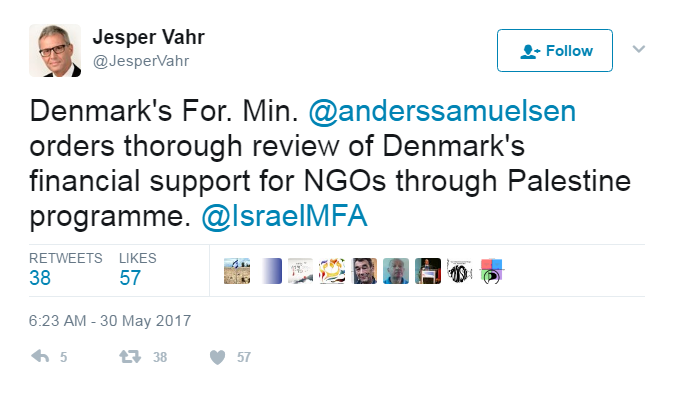 On May 30, 2017, in response to criticism from the Danish media regarding funding to WATC, the Danish Ministry of Foreign Affairs released a statement claiming:

“The naming of the woman center, which did not include Danish co-financing, was made by the local village councils in Burqa on their own. Neither Norway nor the NGO (WATC), which Norway has cooperated with the project have been aware of it.

Foreign Minister Anders Samuelsen has already last week prompted a thorough review of the organizations we support. We must be absolutely sure that the Danish support will contribute positively to human rights activities in the Palestinian territories. It may prove necessary to withdraw support for some of them. And we are not part of new contracts with organizations in the Palestinian territories, before the outcome of the review.” (emphasis added)

While the May 30 statement claimed that WATC did not know of the name of the center, Danish journalist Allan Sorensen reported that WATC helped rehabilitate the building for the center. Unlike Norway and UN Women, WATC was present at the center’s inauguration. WATC posted a photo album of the inauguration of the center on its Facebook page, which it removed on June 1, 2017. See screenshot below.

Along with Norway’s condemnation of the misuse of its funding, Denmark’s funding freeze adds to the critical debate in Europe regarding funding to NGOs in the West Bank and Gaza. In June 2017, the Swiss Parliament is scheduled to complete legislation regulating NGO funding. 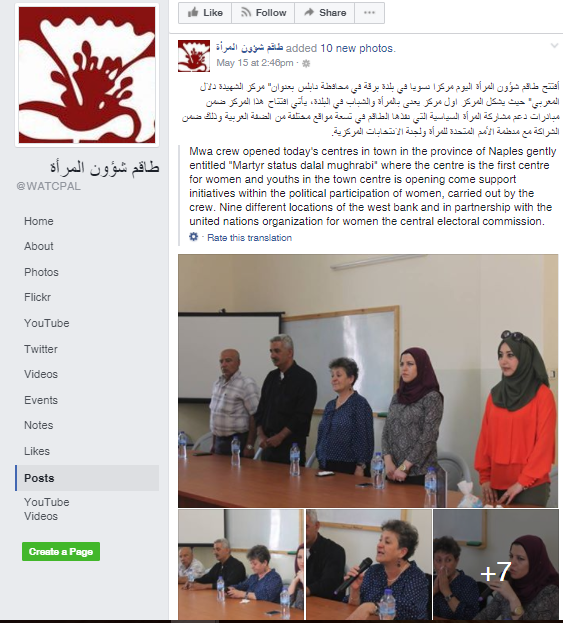 Norway Condemns Use of Funding to Youth Center Glorifying Terrorist

Norway has strongly condemned a WATC youth center named after a terrorist, and has demanded that all funding allocated to the center be repaid. This is an important example for other government funders of groups that glorify terrorism.

Following research from NGO Monitor and criticism from Israeli government officials, a number of European governments announced a reevaluation of their support for non-governmental organizations (NGOs) in the Arab-Israeli conflict. Most recently, this week, the Danish Foreign Minister launched a review funding to Palestinian NGOs.