According to the Oslo Accords, the thinly populated Area C of the West Bank is under Israeli control. However, it has been the focus of intense conflict for control over land. Military, governmental, and judicial bodies, as well as a host of NGOs and private citizens, have been involved, to different degrees and with different roles, in shaping the “facts on the ground.”

In addition to the Palestinian and Israeli groups, European governments, through direction and funding Palestinian organizations, are also deeply involved in this struggle.1 As reflected in Dutch government documents, this goes well beyond what could reasonably be deemed humanitarian aid and efforts to relieve poverty. The Netherlands has been advancing a political agenda of expanding Palestinian control over territory (what critics refer to as a “land grab”) in this highly strategic region in the West Bank. And they are doing this with partners linked to terror organizations.

Of particular importance, the Netherlands provided €19.8 million to a number of Palestinian NGOs, primarily the terror-linked Union of Agricultural Work Committees (UAWC) – and in partnership with the Palestinian Authority – to utilize agriculture strategies for expanding their control in Area C.

Dutch officials are clearly aware of the contentious and strategic nature of this activity and are deliberately hiding it from Israeli authorities. In an October 30, 2020 statement accompanying the release of documents regarding these efforts, Dutch ministers announced that “information has been concealed if it is information the disclosure of which creates the risk of possible destruction or confiscation by Israeli authorities and settlement residents” (translation by NGO Monitor).

Consistent with this approach, Dutch government officials redacted significant information from UAWC’s financial reports, audits, and annual reports for the years 2017–2020 – released pursuant to an information request from Dutch parliamentarians. This includes the names of NGO employees, the locations of project implementation, future recommendations, risk responses, subcontractors’ information, and activities carried out by the implementing partners (see Appendix I and II).

In 2017-2021, the Dutch government provided €11.4 million to UAWC, Land Research Center (LRC), and the Palestine Hydrology Group (PHG), as well as the PA Ministry of Agriculture (MoA), ostensibly intended to “contribute to the increasing of food security of Palestinians living in the West Bank.”  The government also provided €8.4 million to the same partner organizations for similar activities in 2013-2018.

As detailed in the documents, each partner plays a specific role in advancing Palestinian territorial objectives by establishing enclaves in Area C:

The official documents also label Israeli measures to curb or demolish such illegal building as “Israeli violations.”2 Similarly, in a report submitted by the implementing NGOs to the Dutch government, these groups included “recommendations focused mainly on the importance of international pressure against Israeli violation & aggression.”3

Role of the PA Ministry of Agriculture (MoA):

The PA clearly seeks to exert maximum control over Area C and closely directs the Dutch-funded scheme to establish “facts on the ground,” ignoring the terms of the Oslo accords, sensitive environmental issues, and land use regulations. The Dutch documents4 declare, “The [PA] ministry of agriculture (sic) plays a crucial role in the project,” noting that the MoA “is co-chairing the Steering Committee” and that its staff “participates in all tenders’ technical evaluation.”

More importantly, according to the Dutch government, MoA staff “is involved in all steps of the implementation from selection of locations and beneficiaries, cost estimation, works supervision and handover” (emphasis added). Thus, it appears that the PA identifies the areas it covets, and the Netherlands underwrites the takeover.

As described above, UAWC is the main non-governmental actor in this project.

UAWC is identified by the Palestinian Fatah party as an official PFLP “affiliate” and by a USAID-engaged audit as the “agricultural arm” of PFLP. Samer Arbid and Abdel Razeq Farraj, both senior UAWC employees, were arrested in 2019 and are currently standing trial for their alleged involvement in a PFLP-orchestrated August 23, 2019 bombing attack, in which 17-year-old Israeli Rina Shnerb was murdered, and her father and brother wounded.

On July 20, 2020, the Dutch government announced that it was suspending funding to UAWC over its PFLP ties. During a parliamentary debate, Foreign Minister Stef Blok and Development Minister Sigrid Kaag acknowledged that an internal government audit concluded that Dutch funds were used to pay Arbid’s and Farraj’s salaries.

The three financial reports released by the Dutch government confirm that it paid the salaries of 14 UAWC employees – either in full or in part.  As indicated above, the names of the employees were redacted (see Appendix I), but the ministers’ statement would indicate that Arbid and Farraj are two of them. 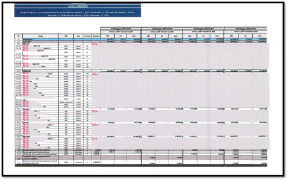 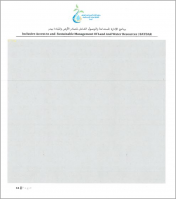 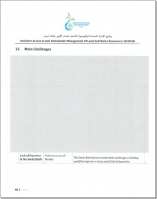 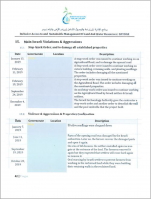 On July 20, 2020, the Dutch government announced that it was suspending funding to the Union of Agricultural Work Committees (UAWC) over links to the Popular Front for the Liberation of Palestine (PFLP). In response to the Dutch announcement, UAWC issued a statement attempting to deflect the serious allegations.