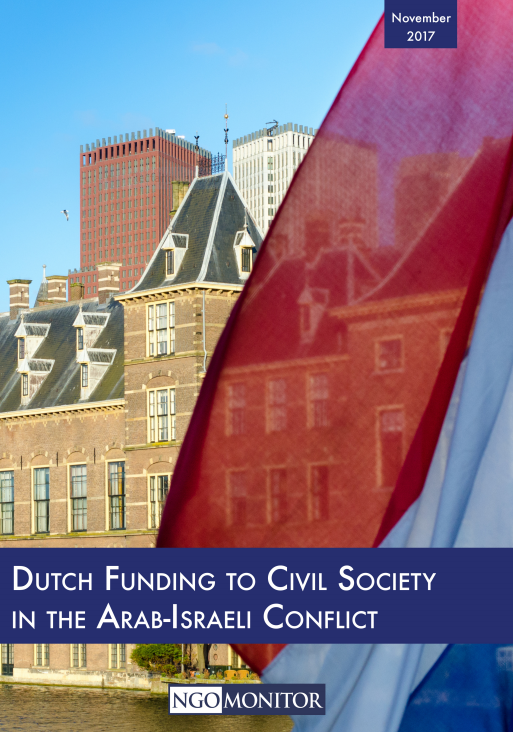 Funding via Embassy in Tel Aviv

In response to a letter sent by NGO Monitor regarding the funding of a group that inaugurated a youth center named after a terrorist, the Dutch Ministry of Foreign Affairs clarified that, in cooperation with the other donor countries of the Secretariat, the Netherlands has decided to suspend cooperation with WATC until further notice.

Analysis of the Dutch Government Evaluation on Funding in Palestinian Territories

An in-depth analysis of the Dutch Policy and Operations Evaluation Department Report.

Will the Dutch Government End Funding for Anti-Peace BDS Organizations?

All Articles about Netherlands