Union of Agricultural Work Committee (UAWC) defines itself as a “one of the largest agricultural development institutions in Palestine as it was established in 1986 by a group of agronomists.”

The group adds that “when established, UAWC depended on volunteers completely and formed agricultural committees in the West Bank and Gaza to set the priorities of farmers and help the Union in implementing its programs and community activities.” It is “registered as a non-governmental agricultural organization according to the Palestinian Associations and Non-Governmental Organizations Law No. 1 at the Palestinian Ministry of Interior.”

UAWC is identified by Fatah as an official Popular Front for the Liberation of Palestine (PFLP) “affiliate” and by a USAID-engaged audit as the “agricultural arm” of the PFLP. According to academic scholar Glenn E. Robinson, UAWC was founded in 1986 by “agronomists loosely affiliated with the PFLP.” On October 22, 2021, the Israeli Ministry of Defense declared UAWC a “terror organization” because it is part of “a network of organizations” that operates “on behalf of the ‘Popular Front’.”

It is important to note that UAWC has offices in both the West Bank and Gaza. The two parts of the organization participate in annual meetings together, as noted in UAWC’s Facebook photo album of its 2018 meeting that shows both branches in attendance (the Gaza branch via Skype). UAWC’s West Bank and Gaza branches also share an organizational structure (see Appendix I).

The PFLP has never recognized the State of Israel and opposes all negotiations with Israel, instead calling for the “liberation” of all of “historical Palestine,” regularly by means of terror.

UAWC claims to “reject normalization and political conditional funding.” Yet, its donors include numerous governments and international aid organizations. Additionally, UAWC’s terror affiliation is antithetical to human rights norms and principles. Due to its affiliation with the PFLP, the provision of funds to UAWC is in likely violation of international, EU, and domestic terror financing and material support laws. The organization is therefore an inappropriate partner for governments and individuals seeking to further human rights in the region.

In January 2020, UAWC vehemently opposed a new requirement in European Union grant contracts that prohibits grantees from working with and funding organizations and individuals designated on the EU’s terror lists.

UAWC – West Bank Employees with Ties to the PFLP

According to Arabic-language media, Arbid worked as UAWC’s accountant at the time of his 2019 arrest.3 According to Samidoun, yet another PFLP-linked NGO, Arbid was the “financial director of the Union of Agricultural Work Committees in the West Bank” in 2016. 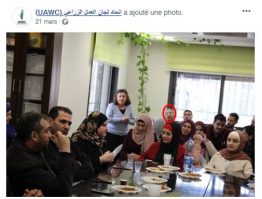 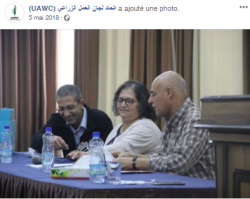 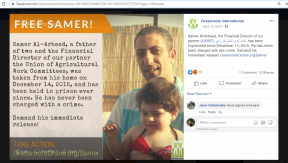 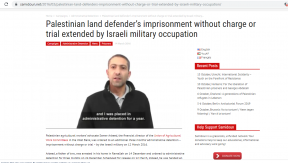 Ubai Aboui was UAWC’s “M&E [Monitoring and Evaluation] Officer” until April 2019. Aboudi is currently the Executive Director of Bisan Center for Research & Development, a Palestinian NGO with ties to the PFLP. On October 22, 2021, the Israeli Ministry of Defense declared Bisan a “terror organization” because it is part of “a network of organizations” that operates “on behalf of the ‘Popular Front’.”

Member of UAWC’s Board of Directors until at least 2016.5

Was UAWC’s General Director until 2014. 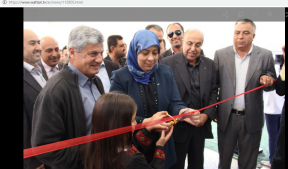 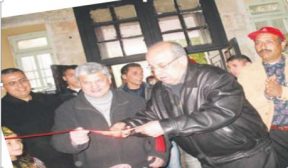 Yusuf Abd al-Haq was member of UAWC’s Board of Directors until at least 2016. In 2014, Abd al-Haq was referred to as a legal and economic adviser at a UAWC conference. In 2018, he took part in the UAWC’s annual general assembly.

Member of UAWC’s Board of Directors until at least 2012.7

Director of UAWC’s Operations and Development Department until at least 2012.8

Chairman of UAWC’s Board of Directors.10 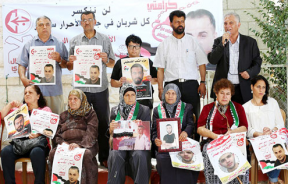 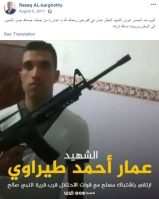 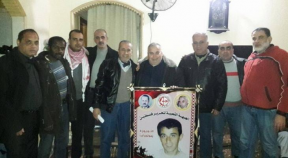 Jaber Qarmout celebrating the “martyrdom” of his brother Zidan Qarmout, with PFLP members, including a commander in the Abu Ali Mustapha Brigades (2017). Source: PFLP, February 25, 2017: Source

UAWC – Gaza Employees with Ties to the PFLP 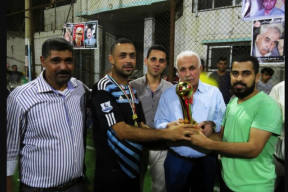 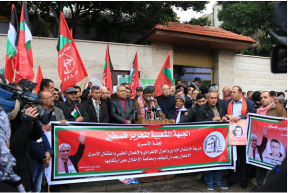 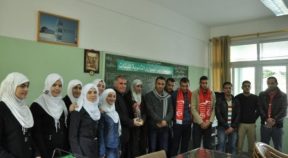 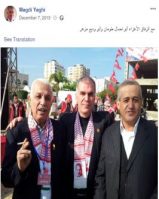 According to his Facebook, Shahin works at UAWC Gaza.14 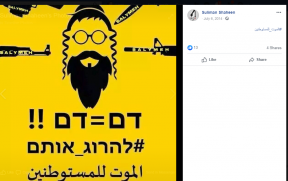 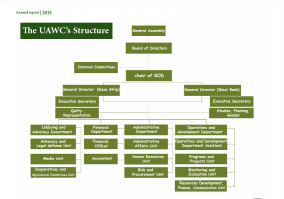 On October 22, 2021, the Israeli Ministry of Defense (MoD) designated 6 Palestinian NGOs as terrorist organizations. According to the MoD, Defense for Children International-Palestine (DCI-P), Union of Agricultural Work Committees, Al-Haq, Addameer, Union of Palestinian Women’s Committees (UPWC), and Bisan were included on Israel’s list of terrorist organizations because they are operated by and for the benefit of the Popular Front for the Liberation of Palestine (PFLP).

Summary of the PFLP’s NGO Network

NGO Monitor has identified a network of 13 NGOs linked to the Popular Front for the Liberation of Palestine (PFLP) terror organization and funded by European, and in some cases, other governmental frameworks.