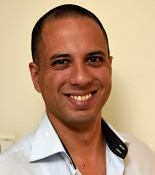 On April 25, a Haifa theater staged a play that could be construed as a show of solidarity with a terrorist who kidnapped and murdered Israeli soldier Moshe Tamam in 1984. One of the organizers of the play was the group Coalition of Women for Peace. This group supports boycotts against Israel and is funded by the European Union, Germany, Sweden and the Netherlands.

On Memorial Day for Fallen Soldiers and Victims of Terrorism last month, while Israelis attended ceremonies honoring Israel’s fallen, the organizations Combatants for Peace (funded by Spain, Germany and the Netherlands) and the Parents Circle Families Forum (funded by the U.S., the European Union and Switzerland) held an “alternative” ceremony, to which families of terrorists were invited.

On Independence Day, the organization Zochrot (funded by Germany, Belgium, Finland, the U.K., Switzerland and the Netherlands), which seeks the dissolution of the State of Israel and the return of Palestinian refugees, was especially active.

Despite the understandable public protest over the activities of these groups, one of the cornerstones of an independent and sovereign nation is the right to debate, to argue and to influence. And indeed, as heated as it may get, the democratic debate among the Israeli public is one of the state’s greatest strengths. But the problem begins when outsiders, who represent foreign political interests, interfere in our inner dialogue in a way that is not at all proportional.

The Israeli leadership needs to demand answers regarding foreign funding that impacts internal discourse and the funding of organizations that seek to undermine the State of Israel.

Funders in this In The Media