Lawfare, the exploitation of international legal frameworks and principles, has become a major weapon in the political war against Israel, hoping to  delegitimize Israeli responses to attacks on its civilian population. 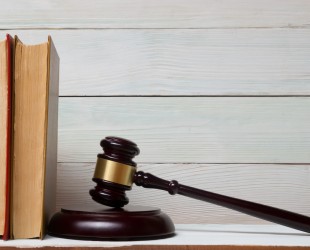 Lawfare is the exploitation of courts in democratic countries in order to harass Israeli officials with civil lawsuits and criminal investigations for “war crimes,” “crimes against humanity,” and other alleged violations of international law. While NGOs claim these cases are about obtaining “justice” for Palestinian victims, they are actually part of the larger political warfare campaign that seeks to demonize and delegitimize Israel in the international arena.

The tactic of lawfare was adopted at the NGO Forum of the 2001 Durban Conference as part of a broader “Durban Strategy” that seeks “a policy of complete and total isolation of Israel as an apartheid state.” The Final Declaration at the NGO Forum called for “the establishment of a war crimes tribunal” and other legal measures against Israel.

Although Israel is not the only country that has been subject to lawfare (the US and England have also been subject to suits arising out of the wars in Iraq and Afghanistan), Israel is a primary target. NGOs exploit universal jurisdiction statutes in Europe and North America to bring these cases. These statutes allow courts to preside even though the parties and events at issue are entirely foreign. In some countries, an NGO can apply to a court directly for an arrest warrant or to launch a criminal investigation without the knowledge or approval of the government.

These organizations issue numerous press releases and reports condemning Israeli anti-terror operations, and submit written and oral statements to UN committees and other international bodies, accusing Israel of acting with “impunity,” and calling to bring Israelis to “justice” for so-called “war crimes” and “crimes against humanity.”

These claims are then repeated by journalists and diplomats, and feature prominently in official UN reports, thereby providing fuel in the ongoing international delegitimization campaign against Israel.