The 38th Session of the UN Human Rights Council (June 18 – July 6, 2018) continued the bias and hypocrisy that has come to define the UN in general and the UNHRC in particular. NGO Monitor staff was present, speaking before the Council and documenting the numerous false accusations from member states and NGOs.

The following report highlights the most egregious examples of statements made during the session. During side events, NGOs, many of which receive large portions of their funding from European governments, and Palestinian Authority officials made highly inflammatory and false allegations, some bordering on blood libels, against Israel.

In addition to these NGOs and Palestinian officials, representatives from international organizations such as the UN and the WHO actively participated, thus bolstering this inflammatory propaganda. UN Special Rapporteur Michael Lynk, a serial offender, spoke (via video link) at two of such events, where he called for Israel’s membership to the UN to be suspended. It is immoral and a violation of UN and professional standards (that require the principles of neutrality, impartiality, independence, and humanity) for such officials to participate in these events.

UNHRC Permanent Agenda Item 7, purporting to address Israeli human rights violations, is the only agenda item targeting a single country. The failure to repeal Item 7 was a major factor in the United States’ decision to leave. In addition, numerous Western countries boycotted the debate.

A central theme of the Item 7 debate was the discriminatory database of companies doing business over the 1949 Armistice line that is being prepared by the Council’s bureaucratic arm – the Office of the High Commissioner for Human Rights. The purpose of the list is to bolster BDS (boycott, divestment, and sanctions) campaigns against Israel.

As opposed to the Western democracies that stayed away, NGOs, including Human Rights Watch (HRW), Defense for Children International (DCI), and Palestinian groups – echoed the rhetoric of the “vital importance of item 7” promoted by the dictatorships on the Council. For example, HRW accused Israel of committing war crimes and advocated for the discriminatory database. DCI read a statement citing misleading statistics from the Popular Front for the Liberation of Palestine (PFLP)-linked Defense for Children International – Palestine’s (DCI-P).

On the sidelines of the UNHRC session, Palestinian NGOs and the Palestinian Authority (PA) hosted highly inflammatory events about the violence along the Israel-Gaza border. The accusations of Israeli wrongdoing went far beyond anything featured in mainstream media. Notably, three of the NGOs that spoke at and/or hosted events – Addameer, Palestinian Return Centre (PRC), and Al-Haq – have close ties to Palestinian terror groups. While the NGOs funding information is not transparent, NGO Monitor has identified direct and indirect funding to Al-Haq and Addameer from European governments, including 2014-2017 grants from Denmark, Sweden, Switzerland, and the Netherlands via the Human Rights and International Humanitarian Law Secretariat (Secretariat).

“The Great Return March: Marching for Dignity and Rights in the Gaza Strip” 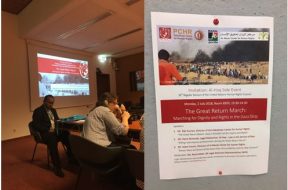 “Administrative Detention: A Clear Violation of the International Law by the Israeli Occupation”

Host: Permanent Observer Mission of the State of Palestine 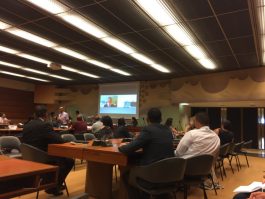 It is highly improper that UN officials participated in and provided a UN-imprimatur to this propaganda event.

Hosts: International Organization for the Elimination of all Forms of Racial Discrimination (EAFORD), International-Lawyers.org, Geneva International Centre for Justice (GICJ), Euro-Med Monitor for Human Rights, the Arab Lawyers Association-UK, and the Brussels Tribunal 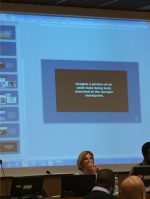 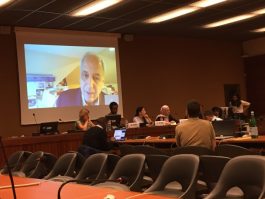 Host: Palestinian Return Centre (PRC) – It is important to note that PRC has alleged ties to Hamas. On December 27, 2010, then Defense Minister Ehud Barak declared the PRC an “unlawful association” due to its alleged association with Hamas. According to the Israeli Security Agency, PRC “is involved in initiating and organizing radical and violent activity against Israel in Europe, while de-legitimizing Israel’s status as a nation among the European community.” A 2011 intelligence service report of the German Ministry of the Interior found that “Hamas does not operate openly in Europe. Instead it uses, for instance, the Palestinian Return Center in London as a forum.”