NGO Monitor’s initial report was based on the information published on the Israeli Registrar of Non-Profits website as of January 27, 2013. The Registrar’s website has since been updated with additional information, included in our report, as of February 11, 2013.

Contrary to claims made by B’Tselem in the Jerusalem Post, until 2 days after NGO Monitor originally published this report, February 5, 2013, B’Tselem’s website only listed foreign government donations for 2011. On February 5, B’Tselem added the quarterly reports for 2012. (This can be verified based on the date of the webpage and the dates of the PDFs posted on it.) Additionally, for unknown reasons, B’Tselem’s submissions for the 2nd quarter of 2012 do not appear on the Registrar’s website.

All donors, names, grants amounts, and projects are taken directly from the official website of the Israeli Registrar of Non-Profits

Transparency regarding government funding for NGOs transcends partisan ideology, and is essential for ensuring the values of democracy and accountability.

The “Law on Disclosure Requirements For [Groups] Supported by a Foreign Governmental Body” (NGO Transparency Law – February 2011) provides an appropriate framework to inform the Israeli public, in a timely fashion, about foreign government involvement in Israeli political issues.

As implemented by the Israeli Ministry of Justice, the law is an international model for transparency. According to the law, a “recipient of support that received a donation from a Foreign Governmental Body will submit to the Registrar, within a week of the end of the quarter in which the donation was received, a report in an amutot18@justice.gov.il" target="_blank">online form which the Minister of Justice will formulate.”

The listed NGOs can be categorized according to the nature of their activities:

1.      NGOs involved in polarizing activity and political advocacy in the context of the Arab-Israeli conflict.

2.      NGOs dealing with different dimensions of the Arab-Israeli conflict, with the majority of activity aimed at cooperation and co-existence.

3.      Other Non-Profits, dealing with various issues in Israeli society.

·        Some of the donors (conduits for indirect government support), such as Christian Aid, Diakonia, Oxfam Novib and the Norwegian Refugee Council, are also involved in highly biased delegitimization campaigns against Israel. 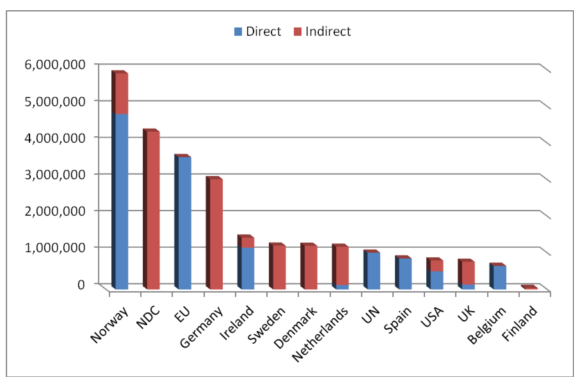 Reported foreign funding for the year 2012 by NGO 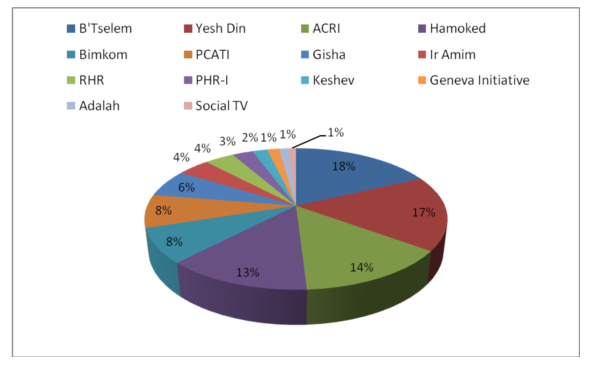